Vaping Post
Home Technical Temperature Control mode: How to use it? 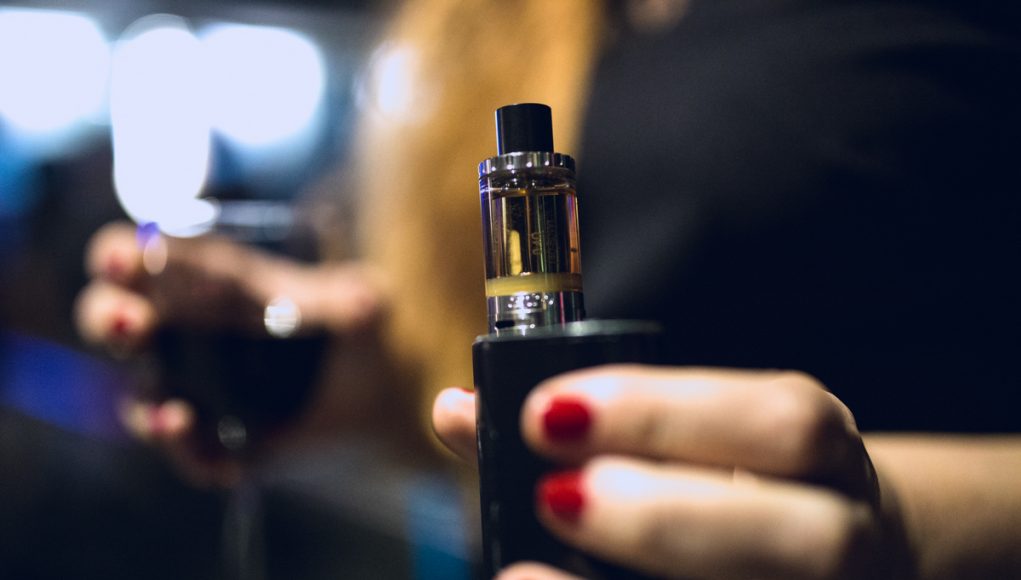 Temperature Control (TC) is the mode through which the box/mod regulates the intensity in order to keep the coil at a temperature that is defined by the user. According to the manufacturers, maintaining the temperature constant is the guaranty of more safety but this argument is sometimes misused since, for example, no indication is given, neither on devices nor on juice bottles, regarding the temperature to use.

A coil is most of the time a resistive wire that is folded in a spring-like cylinder with non-touching circular turns. The wire’s resistivity (in Ω.m-1) defines how strongly a given wire, generally an alloy, opposes to the flow of electrons, or electric current. Heat is produced when electrical energy is dissipated into the wire when electron are scattered by the atoms present in the alloy, the so-called Joule effect.

When you purchase a coil from a vendor, it comes with a label showing its resistance, a value in Ohm (Ω).

The resistance of wires changes with temperature

The resistance of an alloy is stable near room temperature and generally increases with temperature as the material becomes a superconductor. Then, and only after this transition, its resistance can be predicted from its temperature.

It is also possible to use the revert relationship to reach a setpoint temperature. And this is exactly the principle that uses your favorite mod when switching to temperature control.

However, to obtain this temperature (T) with more or less of accuracy, the procedure strongly depends on the calibration parameters.

In the calibration procedure (generally an operation that is made manually and that is more or less described in the user manual), the nominal value of the resistance (R0) is measured by the device at room temperature (T0) and the temperature coefficient of resistance (α) is selected. For the sake of simplicity, manufacturers offer the possibility of select α from the type of resistive wire used: Nickel (Ni), Titanium (Ti) or Stainless steel (SS).

In some more expert modes, α can be entered as a numerical value. This allows using types of alloys that are not common or to adapt to new resistive coils to come on the market without changing one’s box.

When is it recommended to use the TC mode?

Ni, Ti and SS coils are compliant with temperature control but not Kanthal. The reason why Kanthal does not allow temperature control is because this FeCrAl alloy has much more impurities than any others and does not offer superconductivity properties (a linear relationship of resistance with temperature). In fact, the electrons are so scattered by the impurities that they heat the alloy while the resistance is kept constant. Special grades of Kanthal can be used as high as 1,425°C in the industry.

Is the temperature control precise and accurate?

No. But it is better than nothing.

The parameter α is fitted from measurement data in a defined experimental setting that does not necessarily meet the conditions that are used with an e-cigarette. Hence, α is dependent on T0. Since the box is not equipped to measure this temperature, α is set as a constant by the manufacturer. Hence, if you calibrate your box at 17°C or 27°C, the accuracy of the T:R relationship will vary. Remember that the linear approximation is only an approximation and is different for different reference temperatures T0.

Such warnings should call users to use caution when selecting their working temperature and to keep a bit of freedom with what they choose as their higher limit.

What temperature to select?

The lowest as possible… Right, but depending on your device and the juice you vape, a minimum of heat is needed to produce vapor. In mixes, different liquids are present with different properties and boiling points.

Other constituents are also present whose concentration and composition are also very variable from one juice to another.

The most common is nicotine whose concentration cannot exceed 2% in Europe, but with values up to 4.8% in certain juices like those used in the Vype ePen, for example. Nicotine’s boiling point is reached at 247°C (or 477 °F).

Manufacturers are often tempted to add exhausters in order to better develop certain flavors. They use sweeteners like sugars among which the most common is the saccharose that decomposes at 186°C (or 367°F). Glutamic acid is another popular exhauster (also called glutamate) that decomposes at 199°C (390°F). The reaction between an amine group of the glutamic amino-acid and a reducing sugar leads to the Maillard reaction that produces a wide variety of flavors when products are heat.

Hence, the optimum temperature is difficult to assess due to the variety of reactions and the different compounds that are met. Based on readings on various forums, users generally opt for a temperature value around 250°C for puffs shorter than 5 seconds. At a lower value, the coil does not heat homogeneously andThey evoke the “cooking” of their juice when gunk build up on the wick, which is generally associated to a degraded flavor. Sometimes, flavor degradation is extreme and leads to a repulsion that expert users associate to the production of acrolein, a molecule that it is preferable to avoid.

It is possible to build your own coils by purchasing a roll of resistive wire and to fashion it yourself. Take a small cylinder (a precision screwdriver is a good starting point) and turn your wire around it. Generally 6 turns are good. Some mounting decks, e.g. the velocity-type, are specially dedicated to home-made coils and allow vapers to set up their coil in the atomizer.

When building your own coil, the number of turns imports since it defines the length of resistive wire and defines the value of its resistance. It is also important to avoid contact between the turns because the electrons that are in motion when the electric circuit is closed always choose the most direct way to go from one electrode to the other.

To be fully operational, insert the wick into the coils and cut the tips at the right size so that they dip into the liquid. Before using it for the first time, let your atomizer rest for a while. It requires a dozen of minutes before the juice climbs by capillarity and soaks the wick.

More on the topic:

Thank you for the enlightening tutorial.
I have a question which I don’t find an answer to anywhere: When to lock the initial resistance – before or after I prime the cotton / filing e-liquid?

Try both in order to understand if there is a short after you close the atomizer completely. eJuice and Cotton considered as insulator, so there should not be much change in the locked resistivity before and after wicking. Temperature is the key here. Do not lock when coil is hot.

If nicotine’s boiling point is 247°C (477 °F), how is it possible to use temperatures lower than that and still get the nicotine?