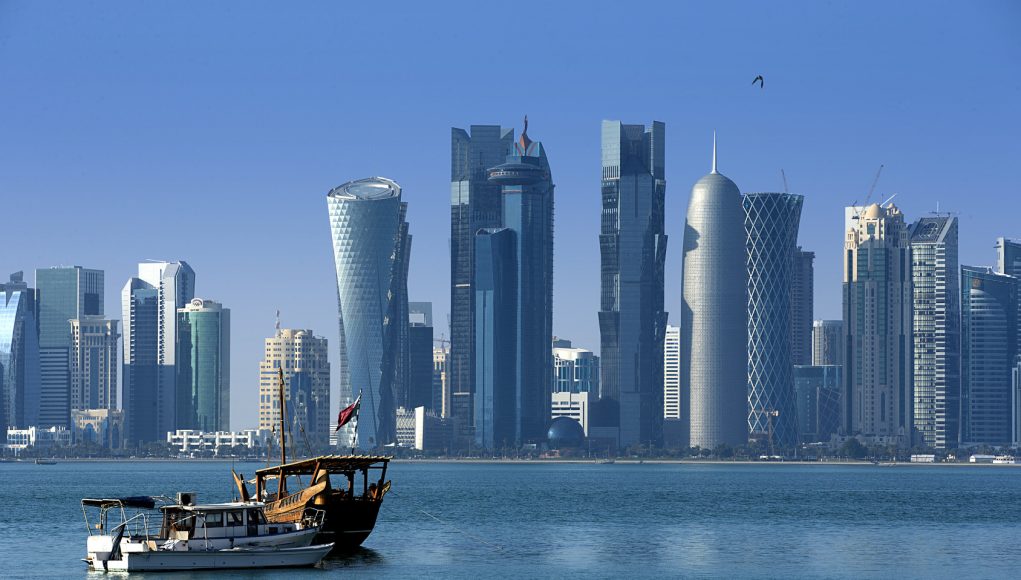 Dr. Ziyad Mahfoud ironically spread this inaccurate information at an “Ask the Expert Series” installment, a series which is being hosted by the University in question. “There are several health risks associated with e-cigarettes and portraying them as safe is extremely irresponsible and potentially dangerous,” he warned, presenting us with a tragic but clear example of how misinformation about vaping products is spreading.

E-cigarettes were banned in Qatar according to a ministry order in 2014. Dr Kholood al-Mutawaa, head of the Non-Communicable Disease Department at the Ministry of Public Health had stated, “We have instructed all supermarkets, pharmacies and other outlets not to sell it. We have also communicated with the customs department at the airport, seaport and at the borders not to allow e-cigarettes into Qatar”, adding that anyone caught in possession or importing a vaping device will face disciplinary action.

There is also a GCC agreement on the matter. The GCC, (Gulf Cooperation Council), is a regional political and economic union consisting of all Arab states of the Persian Gulf, except for Iraq.

Dr. Mahfoud pointed out that since vaping products are relatively new, there is still not much research about them, adding “but now there have been few good quality studies and we are gaining some understanding of the health risks they carry”. The gulf news did not mention whether he referred to any specific studies to validify his argument.

the only gateway that has been observed and proven, is the one that leads smokers to quit smoking.
He added that the products are not properly regulated and hence one can never be sure of what they may be inhaling. Interestingly however, one might argue that this is mainly a danger faced in countries where the products are banned, and hence unregulated such as in the country in question, where vapers are left with no choice but to obtain their smoking cessation tools of choice on the black market. In fact vaping companies are in favour of regulating the products, and pursuing research in order to ensure that any products on the market are safe and secure.

Last but not least the associate professor moved on to mention the infamous gateway theory, saying, “E-cigarettes deliver nicotine, which is highly addictive, and research indicates that young people who use e-cigarettes are more likely to start smoking normal cigarettes, which we know can have catastrophic negative effects on health, including increased risk of respiratory disease, heart disease and many forms of cancer. Portraying e-cigarettes as safe is therefore extremely irresponsible and potentially dangerous.”

vaping products are proven to be the most effective NRTs since they mimic the action of smoking, and hence make the transition from smoking to quitting much easier.
This idea that vaping may act as a gateway to smoking, is one that keeps popping up, even though several studies, hailing from all over the world have proved it wrong. On the other hand, the only gateway that has been observed and proven is the one that leads smokers to quit smoking.

Dr. Mahfoud mentioned that a few studies have shown that e-cigarettes can lead to a reduction in smoking, however he said that labeling them as safe alternatives is hazardous, adding, “Until there are more regulations on the manufacturing of e-cigarettes and more studies about its health hazards, nicotine gum, nicotine patches, medications and cognitive behavioral therapy provide safer ways to reduce nicotine dependency and give up smoking.”

A stance that is costing millions their lives

This extreme and forbidding attitude towards e-cigarettes that is being witnessed in some countries worries several health experts and organizations. Earlier this year, Public Health England published a study which found vaping to be at least 95% safer than smoking. This has lead to the country endorsing the products and various health organizations and professionals around the world urging their own governments to follow suit.

While Dr. Mahfoud, as do other anti-vaping individuals, is suggesting other NRTs and therapies for smoking cessation, vaping products are proven to be the most effective since they mimic the action of smoking, and hence make the transition from smoking to quitting much easier.

The importance of taking informed decisions

Health experts around the world are urging countries which such a harsh stance to keep an open mind and look at all the data available about the products, not just data presented by governments or other entities that may have an agenda. E-cigarettes are proving to be the most effective smoking cessation tools available at the moment, and banning them would be leading to perpetuating the current health crises caused by smoking, rather than averting it.