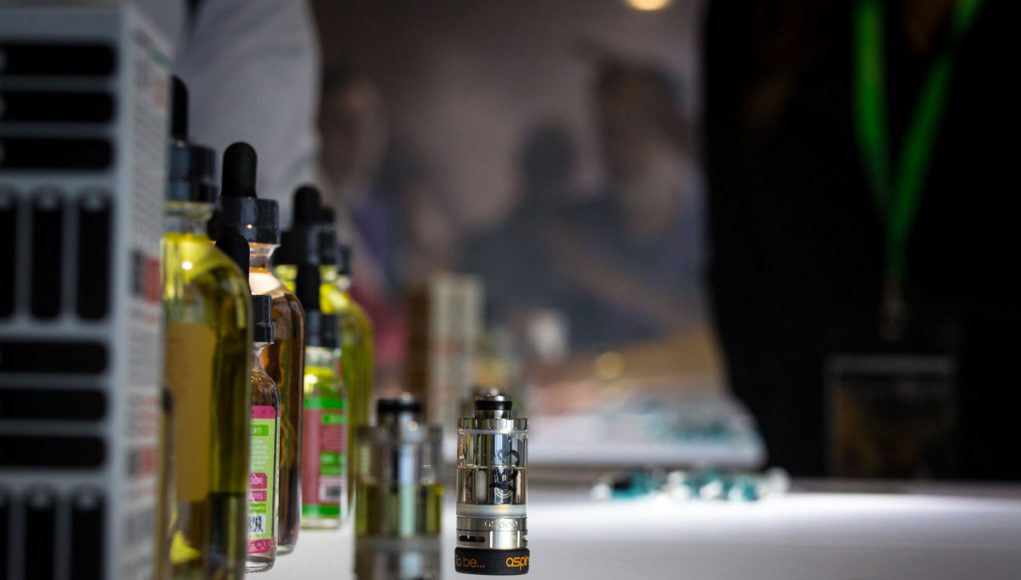 Canada’s federal government is at last making an effort to clear up the country’s notoriously vague vaping laws – and might be doing a better job than the EU and USA. Meanwhile another American medical journal has published a misleading study about the safety of e-cigarettes, this time claiming they could cause bronchitis in teenagers. The EU is also gearing up for a fresh attack, launching a public consultation on taxing e-cigarettes as a tobacco product. In more positive news, though, British vape shops offered to help a homeless man whose e-cig had been stolen – a compassionate gesture that shows the industry at its best.

For years vaping has had a confusing status in Canada. Even the government hasn’t seemed very sure whether or not it was legal to sell vapour products, thanks to unclear statements by Health Canada. The actual situation was that electronic cigarettes containing nicotine weren’t approved by Health Canada as a quit aid, so probably weren’t legal to sell – but enforcement was practically zero and the products were widely available. Now Ottawa has decided to make the rules a bit clearer.

The federal government is now planning to regulate e-cigarettes as a separate category of product, which seems more realistic than the EU and US option of mislabelling them as tobacco products. The main priority is to avoid use by young people, although there’s no evidence this is actually a problem in Canada – and unfortunately that may have led the government in some overly restrictive directions.

A proposed ban on the sale or promotion of e-cigs to under-18s isn’t likely to meet much opposition, and mandatory health warnings on packaging are also in the draft bill. What’s likely to annoy vapers, however, is a proposal to ban the promotion of “flavours that appeal to youth”. It isn’t clear if this means flavours can actually be sold, so Canadian vapers will be watching the law’s progress with some concern.

A new paper published in the American Journal of Respiratory and Critical Care has provoked another flood of newspaper headlines claiming that vaping is a serious health risk. According to the media, evidence shows that teenagers who use e-cigarettes have double the risk of contracting bronchitis as those who don’t.

On closer investigation, however, it turns out that the media have seriously exaggerated the study’s findings – and the research itself doesn’t tell us very much. The actual title of the paper is E-cigarettes may harm teens’ lung health, which is alarming enough on its own, but in fact the researchers didn’t carry out any medical diagnosis. Their results are based on asking teenagers if they had suffered from prolonged coughing, which is not a very accurate diagnosis tool.

Dr Konstantinos Farsalinos of the Onassis Cardiac Surgery Centre in Athens has already published a strong rebuttal of the paper, criticising the authors for putting out a press release implying harm when in fact no harm was found. He also pointed out that the researchers didn’t control properly for smoking; when this is done, any link between coughing and e-cigarette use disappears. It seems that, yet again, sloppy science and bad journalism have combined to create misleading headlines.

Vapers in the EU are starting to feel the effects of the TPD restrictions, with non-notified products now banned from sale anywhere in the troubled bloc – but it seems the EU Commission isn’t satisfied with the damage it’s done. A public consultation on tobacco excise duties was launched at the end of last week, and it contained an alarming number of questions about a proposed e-cigarette tax. Suggestions included a tax of either 20% or 50% of the product’s price; worryingly, the current situation – where only VAT is payable on vapour products – wasn’t one of the listed options.

The EU appears to be pushing for a vape tax under the guise of the single market, claiming that “harmonisation” is required to promote fair competition, but the organisation’s track record on e-cigarettes is not positive. The Commission seems to be pushing hard for an extra tax, thanks to their lack of transparency and democratic accountability that could prove hard to resist.

Louise Ross from Leicestershire’s NHS quit smoking service was one of the first UK health professionals to actively promote vaping, and she’s consistently worked to make vapour products easier to get for vulnerable smokers. On Tuesday she sent a tweet asking for spare kit she could donate to a homeless man whose e-cigarette had been stolen – and got a very positive response. Two local vape shops immediately offered to supply new kit at no cost, and by the end of the day replacement vape gear was on its way to the victim.

“Some optimism”? Having federal govt health minister admit vaping is something needed in tobacco harm reduction, commit to making it legal for adults, create a separate product category and not label it tobacco, give us a clear pathway for market approval as long as no health claims are made, investment in positive research see Reg Watch Dr Fong interview, all = BIG WIN. I will take Canada’s solution over USA and Europe everyday. Wow you guys are so negative, how about see what others could learn from how this was managed in Canada?