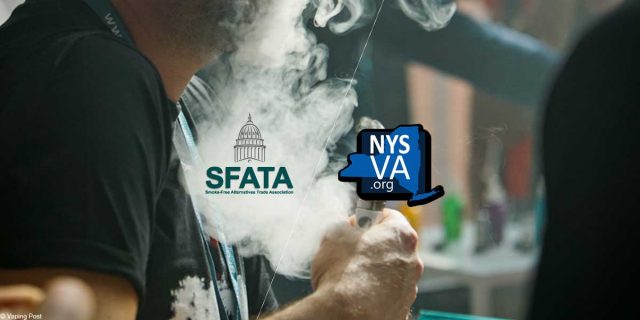 For the New York State Vapor Association (NYSVA), there appears to be a never-ending battle against the anti-vape establishment anytime the state of New York is an area of concern within the vape community.

In the recent past, they have accomplished more than most state groups, all on their own. However, given the intensity of our current economic climate, garnering support from other industry influencers outside of NY has become undoubtedly necessary and thus far, very efficient.

The right decision for every state group is to first look inward and then reach outward. Supporting each other is the only right choice to embrace in this instance of constant industrial sabotage.

In response to the controversy of facing a potential flavor ban, Vape Juice brand, Naked 100 Donated $10K to the NYSVA. This donation is yet another major contribution by Naked 100 after similar generous donations were TheVapesGiving Manufacturers Challenge, #FUNDtheSUIT Campaign as well as CASAA.

According to NYSVA.org, “On June 21st, 2018 NYSVA was proud to announce the bill to ban flavored eLiquid in New York died on the floor of the Senate when they adjourned the 2018 session at 2 a.m.!”

NYSVA President Michael Frennier posted a video recorded on Facebook Live where he says, “The state of New York has much to be thankful for.” Obviously, there is good reason for his high spirits.

Since reaching out to the vaping community with a series of phone calls and social media posts, the NYSVA saw a positive response with an immense amount of generosity essentially fueled by a genuine concern about the flavor ban being proposed in New York State.

Altogether, NYSVA Executive Director Cheryl Smith Richter informed me they “gained 12 new members since they reached out to the vape community.” Not to mention, consumers raised $1K+ for contributing donations to the New York State Vapor Association.

Keys to Success: Lobbying and Donating

One of the biggest concerns for countless state groups is whether or not they will be able to pay their lobbyist. As we know, having a lobbyist to communicate with the proper chain of command is a vital resource that has become a requirement when navigating the political landscape.

The NYSVA could not express any more gratitude then they already had for their lobbyist. Given the immense amount of pressure the NYSVA has been under, as of recent. Frennier states, “Christina Dickenson is a fantastic lobbyist.”

In addition, there were several other donations from smaller operating state vape shops $500-1K donations

Frennier poses a question worth analyzing, by inquiring, “Without Manufacturers like Naked 100, where would this industry be? Given their extremely generous donations to the advocacy sector, this question is worth asking and even diving deeper into.

For instance, imagine where this industry might be if more heavy hitting eLiquid manufacturers like Naked 100 gave an equal or greater amount of financial contributions to advocacy causes.

The New York State Vapor Association (NYSVA) has been creatively garnering more support for their campaigns to preserve the vaping industry in the state of New York for several years now. Yet, it seems in 2018, their true strength is embraced and cooperative collaboration. By making a name for themselves, this savvy advocacy group has learned that partnering with additional industry leaders, should become a core principle to their efforts.

NYSVA joins with the Smoke-Free Alternatives Trade Association SFATA as an affiliated independent group. With constant legislation being thrown at the state of New York, continuously attempting to destroy the NY vape industry.

If it were not for the very existence of the NYSVA, perhaps the liquids and shops would no longer be welcomed in the state as they seem to arrive in Albany with their lobbyists to defeat all the proposed laws against the vaping culture.

Joining SFATA will help the NYSVA in a number of ways and vice versa. For one, SFATA is a national trade organization and they are largely concerned with “defending the industry’s ability to remain profitable.” SFATA represents their member companies by advocating on a nati9nal level. However, they also express a dedicated discipline to “engage at the state and local levels.”

Now, next time the NY State Assembly launches another campaign of industrial destruction against the vapor community, which this is a highly likely scenario, the national organization of SFATA will bring their lobbying power to assist with the NYSVA effective along with the as they

RECAP OF ACCOMPLISHMENTS BY NYSVA 2018 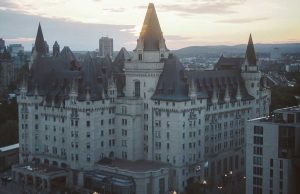 Diane Caruana - October 22, 2021 0
Given the relative safety of vapes, if teens are vaping instead of smoking, this is still a victory for public health.Currently no such tax...