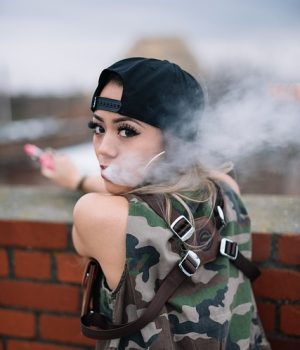 In the last few months, we have been bombarded with a number of alarming media headlines about how teen vaping is apparently out of control, and how Juul is addicting a whole new generation to nicotine. Perhaps prompted by all this, in April the Lawmakers on a House Appropriations subcommittee told the FDA that it should be doing more to prevent youth access to the products.

In response to this, FDA Commissioner Scott Gottlieb had released a statement announcing a series of new enforcement and regulatory steps. “First, we’re announcing that the FDA has been conducting a large-scale, undercover nationwide blitz to crack down on the sale of e-cigarettes – specifically JUUL products”, said Gottlieb.

Juul Labs’ initiatives to minimize youth access to its products

The new reduced-nicotine pods will contain roughly 3% nicotine, which amounts to a 40% reduction from the regular ones.
Subsequently, Juul Labs had announced that it would be spending $30 million to support state and federal initiatives to raise the minimum age to buy tobacco products, and towards research on how to prevent youth access to the products.

Finally, in what will be considered by many as the next initiative by which Juul Labs aims to prove that they are serious about harm reduction, the company has now announced that it will be selling lowered-nicotine pods that should help vapers reduce their nicotine levels.

As it stands, a single Juul Pod contains about 5% nicotine. The new reduced-nicotine pods will contain roughly 3%, which amounts to a 40% reduction. In a statement, company CEO Kevin Burns says, “We hope the availability of different nicotine strengths will continue to allow adult smokers the ability to explore what is best for them.”