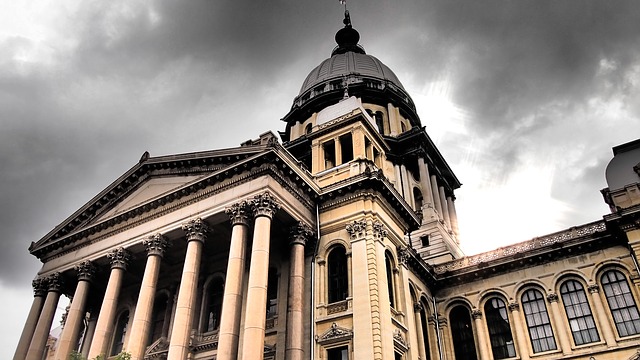 Ward 8 Alderman Kris Theilen thinks that this ban would be beneficial to public health. “We thought of this idea because while we were inside the library,” Theilen said. “I noticed two different people who were walking around carrying either 20 oz. or 32 oz. cups that they were spitting into that were at least half full.”

The proposed ban was prompted by an ordinance introduced last Tuesday at the Committee of the Whole, which would ban smoking in outdoor spaces on the library’s grounds. “Seeing a bunch of people,” one Springfield resident, Solomon Tolley, said. “Smoking right outside would be kind of a turn off.” Council member Theilen plans to make an amended ordinance and bring it up at the next Committee of the Whole meeting in two weeks.

Recent research has indicated that vaping has “a dramatic and positive effect on the health of those who are able to switch from cigarettes.”
In the meantime, a number of studies to date have indicated that both e-cigarettes and smokeless tobacco are significantly safer than cigarettes, and that being effective smoking cessation tools for most, these products should be regulated as such.

A study carried out in Southeastern US, and published on social networking site Research Gate last January, indicated that vaping has “a dramatic and positive effect on the health of those who are able to switch from cigarettes.”

The researchers derived these conclusions by looking at long term vapers in a bid to understand how e-cigarette use has affected their health. Lead researcher Dr. Robert L. Cranfield and his team, found that the respondents experienced a 96% reduction in self-reported adverse health effects after switching from smoking to vaping.