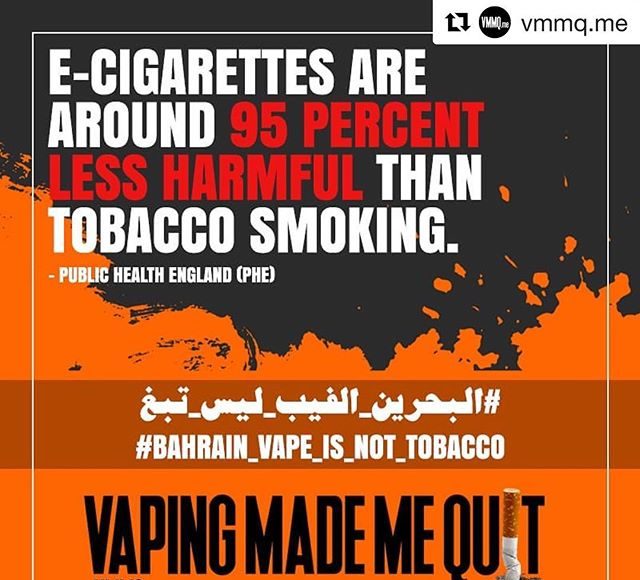 On the 12th of July vape shop owners in Bahrain woke up to find out that the local sin tax on tobacco, fizzy drinks and energy drinks had been extended to include vaping liquids, doubling the price of all new vape juice imports, without any form of warning.

Retailers and consumers have been pointing out that this tax is unjustified as amongst other things vaping liquid contains no tobacco, and the higher prices may just lead to former smokers who had managed to successfully quit thanks to the products, turn back to smoking.

E-liquids are not tobacco products

“It makes no sense to charge tax at 100pc on the retail price of vape juice, which is now classified as tobacco product,” said Sayed Al Wadei, owner of Vapeworld in Tubli. “Most of the stores import more than 40,000 different vape juice bottles every month, mainly from the US, and you can do the maths to know how much excise tax they now have to pay for each consignment.”

The higher prices may just lead to former smokers who had managed to successfully quit thanks to e-cigs, turn back to smoking.
Mr Al Wadei, who has been vaping since 2016, is behind a non-profit advocacy group on Instagram called VMMQ.ME – which stands for “vaping made me quit”. This is one of many Bahraini accounts on social media now promoting the hashtag #BAHRAIN_VAPE_IS_NOT_TOBACCO, in response to the new tax. This anti-tax movement is referring to the scientific data in favour of e-cigarettes and rightly pointing out that the devices are significantly safer than their combustible counterparts.

In a communication with The Vaping Post, another vape shop owner, Mohamed Ahmed from Vape in Bahrain, explained that the tax is predetermined according to the size of the bottles. “Unfortunately we have seen no law published yet,” he added.

In the meantime on the other side of the globe, the American Cancer Society (ACS) has released yet another public health statement linking e-cigarette use to ending the current smoking epidemic.

“Although many ENDS deliver nicotine, flavor additives, and other chemicals, they do not burn tobacco, a process that yields an estimated 7000 chemicals, including at least 70 carcinogens. Thus, public misunderstanding underscores the urgent need for consumer education about the absolute and relative risks posed by different tobacco products and to reinvigorate smokers’ understanding of the importance of quitting combustible tobacco,” said the ACS.

“Although many ENDS deliver nicotine, flavor additives, and other chemicals, they do not burn tobacco, a process that yields an estimated 7000 chemicals, including at least 70 carcinogens.”The American Cancer Society

“Whereas complete information on all the potential risks and benefits of ENDS is not yet available, there is sufficient information to allow ACS to act now with a clear focus on the primary goal of ending deadly combustible tobacco use, which is responsible for approximately a one-half million deaths per year and 30% of all cancer deaths in the United States,” reads the statement.