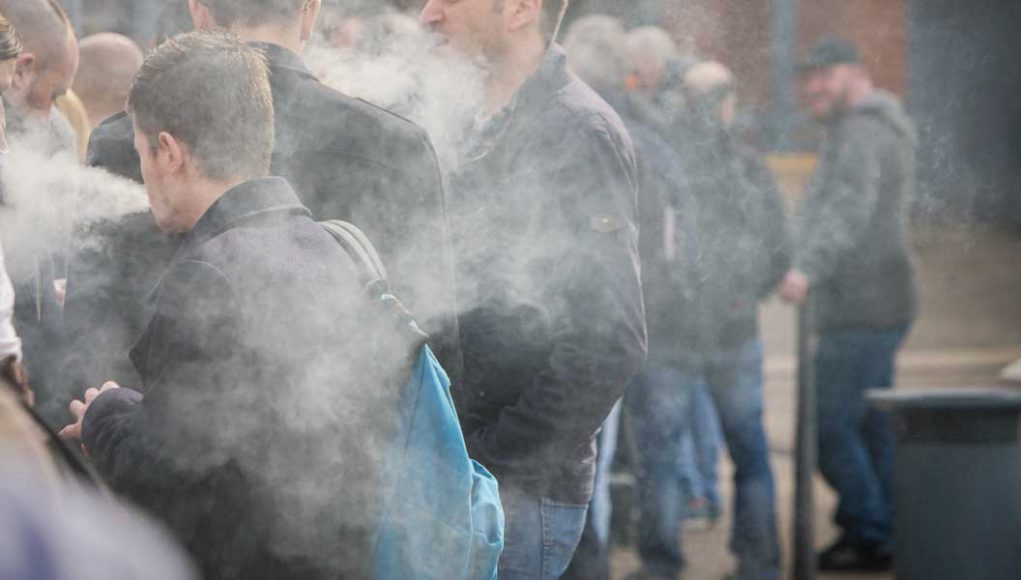 The study titled, “Exposure to second-hand e-cigarettes increasing among young people,” was carried out by researchers from Dana-Farber Cancer Institute and published in the August edition of JAMA Network Open. The research was conducted by compiling data from the National Youth Tobacco survey which had been carried out in collaboration with the U.S. Centers for Disease Control and Prevention (CDC).

The compiled data indicated that despite the increase in vaping, second-hand smoke from regular cigarettes remains a problem. About half the students in the survey reported being exposed to cigarette smoke.

“So we need to make sure that reducing exposure to secondhand smoke is still high on the agenda” along with policies to protect young people from all forms of second-hand exposures,” said Andy S.L. Tan, PhD, MPH, MBBS, of Dana-Farber, a reseacher from the Center for Community Based Research at Dana-Farber’s Division of Population Sciences.

The national survey also indicated that an increasing number of middle- and high-school students are being repeatedly exposed to e-cig vapour by being in the presence of individuals who vape. The researchers found that this exposure increased by 30% in 2018 in comparison to the years 2015-2017.

Tan pointed out that the increase in exposure to e-cig vapour is “concerning” due to the number of potentially hazardous chemicals released by e-cigarettes. “The majority of studies have concluded that passive exposure may pose a health risk to bystanders, particularly vulnerable populations such as children and teens,” said Tan.

Meanwhile, a 2018 peer-reviewed study, comparing e-liquid vapour to cigarette smoke, had indicated that exhaled e-liquid vapour product particles are actually liquid droplets that evaporate within seconds. In line with what previous air samples had suggested, this study had shown that vaping probably has a minimal impact on indoor air quality.