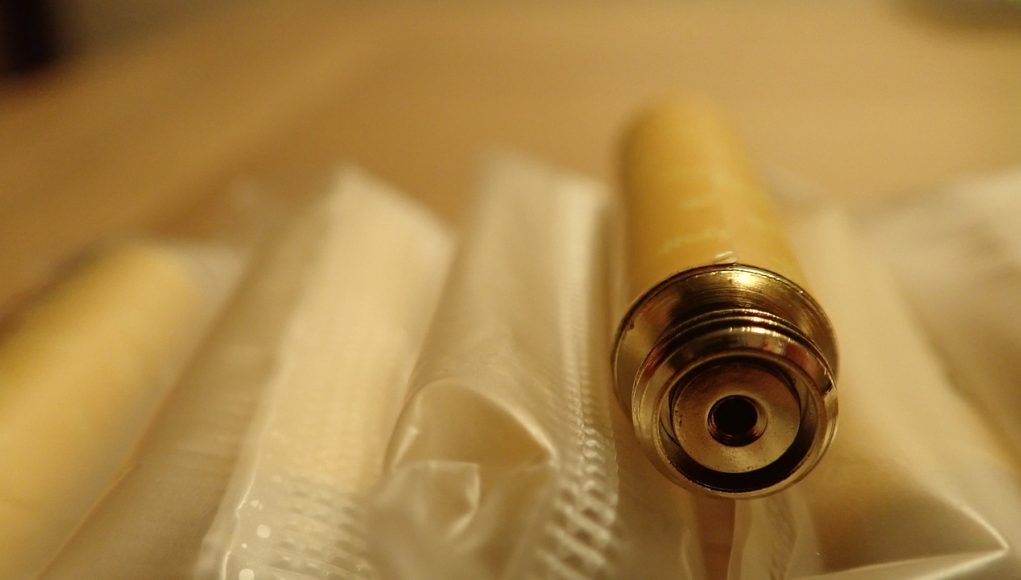 “E-waste is a huge problem globally. Anytime we make something that is disposable, we’re essentially stealing from the future,” said Yogi Hale Hendlin from the Center for Tobacco Control Research and Education at the University of California, last year.

As of 2017, there were 565 types of e-cigarette devices in the US market, 184 of which were disposable or single-use.

Hendlin had pointed out that each stage of the e-cigarette production could pose a potential environmental harm, from mining, manufacturing, using and disposing. Citing a 2017 CDC study, he explained that in 2015 alone, over 58 million vaping products were sold in the U.S. at grocery and convenience stores alone. About 19 million of those products were designed for single use.

The researcher had explained that the resulting e-waste is often shipped from Western countries to developing countries, which places the environmental hazard of reprocessing, reclaiming and incinerating waste on these poorer nations. “Most of these devices don’t include instructions on how to dispose of the products. And the ones that do often include a convoluted process, and it gets incinerated in the end, which isn’t ecological at all.”

Number of vapers estimated to reach 55 million by 2021

When disposed of inappropriately vaping products can leak dangerous metals, battery acid, and nicotine into the environment, and there is no legal way to recycle them yet.

Meanwhile, market research group Euromonitor, has estimated that the number of adults who vape will reach almost 55 million by 2021. Additionally, pointed out the Center for Disease Control and Prevention (CDC), as of 2017 there were 565 types of e-cigarette devices in the US market alone, 184 of which were disposable or single-use. When disposed of inappropriately these products can leak dangerous metals, battery acid, and nicotine into the environment, and there is no legal way to recycle them yet.

Hendlin has added that e-cig manufacturers JUUL and Altria have expressed the need to take action with regards to the e-cig waste problem, but that however “none of the companies so far have taken the necessary action.”

“It is the consensus of public health researchers working on the environmental costs of tobacco that e-cigarette manufacturers need to put a product deposit system into action,” he said.

Juul waste is a significant problem

Assisting researcher Jeremiah Mock, Hendlin and colleagues conducted a study aiming to examine the disposal of e-cigarette waste. The research was conducted at 12 San Francisco Bay area high schools by looking for JUUL or JUUL-compatible product waste in the parking lots of 10 out of 12 schools, and collecting 172 waste items mainly from mango, mint and cucumber flavored capsules littering the ground.

“The presence of JUUL waste in our sample of high schools suggests that JUUL waste disposal is a significant environmental problem, particularly at high schools with more affluent student populations,” said the researchers.

Referring to this issue, a JUUL spokesperson has said that the company is piloting an internal take back and recycling program with employees in a number of its offices, with the aim of launching it publicly “in the near future”. “As part of our goal to eliminate combustible cigarettes, we are committed to responsible stewardship and environmental sustainability,” said the spokesperson.

The EPR model for e-cigarettes

In response to this, Hendlin said that together with other environmental advocates, he endorses the Extended Producer Responsibility (EPR) model for e-cigarettes, that Juul is considering.

This would include charging users an extra deposit (ie $1.00 per pod, $5.00 per vape unit) which would be returned to consumers on returning them.

The researcher added that the FDA should work on creating a recycling framework for the devices. “It would be a shame if vape products which may turn out to be less harmful to individual users than cigarettes, end up being ecologically much more harmful,” he concluded.