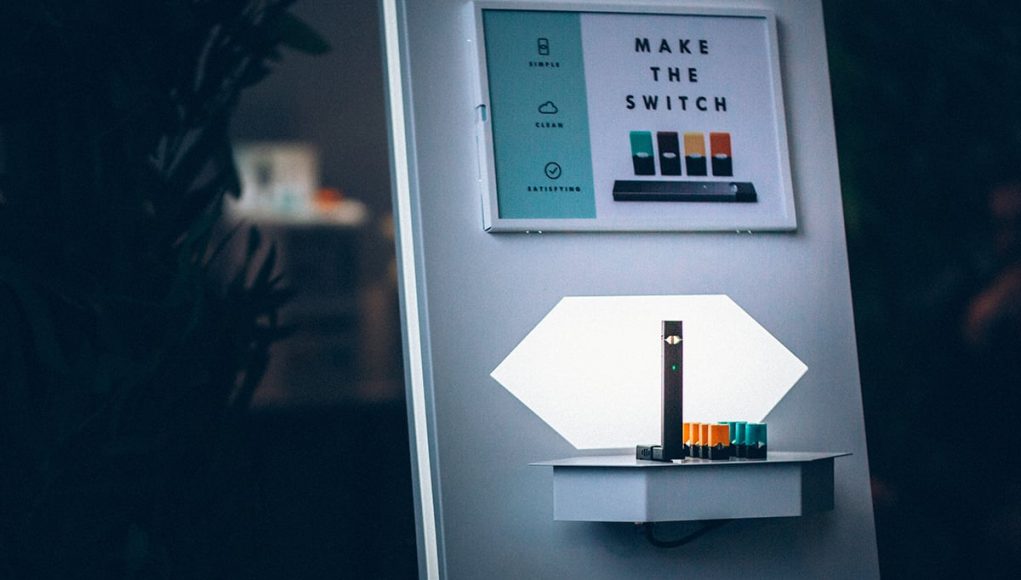 In 2018, Juul Labs Inc. had announced its plans to stop selling most of its flavoured nicotine pods at bricks-and-mortar stores. The e-cig manufacturer had said it would keep on selling menthol and tobacco-flavored products in stores, and that all the other flavours would remain available for sale on its website, which has age-verification controls.

Users have quickly switched to other flavours and/or brands that were selling their preferred flavours.
A few months later Juul had also stopped selling its flavoured pods online, leaving only its mint, menthol and tobacco flavoured nicotine pods available for sale. Moreover, after a 2019 survey had indicated that teens preferred mint flavours, Juul had announced that it would also stop selling mint pods, leaving only menthol and its two tobacco flavoured products for sale.

Naturally, many had assumed that these moves would have an impact on overall e-cig sales rates, however, a new study by American Cancer Society researchers has indicated that halting the sales of all these flavours has had little-to-no long-term effect on sales, and users have quickly switched to other flavours and/or brands that were selling their preferred flavours.

“There is no doubt that this is a way to market the products to youth,” said J. Taylor Hays, M.D. Director of the Nicotine Dependence center at Mayo Clinic in Rochester, Minnesota and Professor of Medicine, Mayo Clinic College of Medicine. “The Juul product in particular created ads that showed images of young people using their products and the varied flavors were part of that approach,” added Hays.

“Companies’ attempts to self-impose their own restrictions are unlikely to improve public health,” said Alex Liber, MSPH, senior scientist, with the Economic & Health Policy Research program at the American Cancer Society and lead author of the study. “Juul’s withdrawal of fruit-flavored products was quickly offset by a combination of increased fruit-flavored sales by Juul’s competitors and increased sales of other flavors—notably, mint/menthol—by Juul,” Liber added.

A new Juul to reduce Juuling

Meanwhile, in what will be considered by many as the latest in a series of attempts aimed at winning the public’s favour, Juul has applied for a patent of a device powered by artificial intelligence, which could help users quit “Juuling” by reducing their daily nicotine consumption.

The patent application describes the device as working “in communication” with a vaporizer (used to vape nicotine) and would alternate nicotine and a similar, non-nicotine product, such as citric acid, to gradually reduce the user’s nicotine intake. The application says that the “controller may apply machine learning to adjust delivery of nicotine and/or non-nicotine vaporizable material” based on the users’ behavior (using a “plurality of puffs”) and that the behavior “may be learned through monitoring the vaporizer use and behavior of the user.”

Philippines: Juul Halted E-Cig Sales to Minors Ahead of Ban