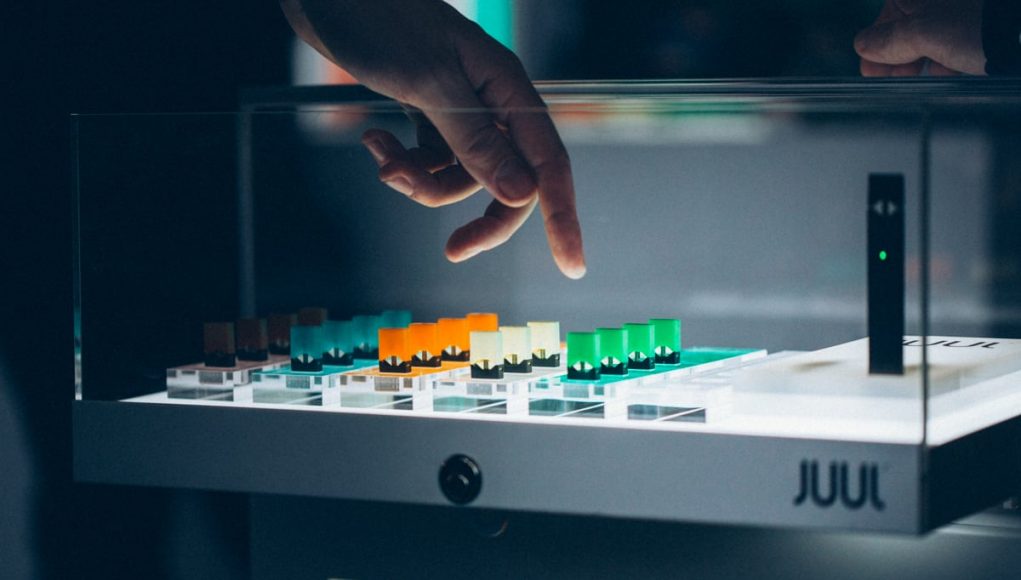 In 2018, Juul Labs Inc. had announced its plans to stop selling most of its flavoured nicotine liquids at bricks-and-mortar stores. The e-cig manufacturer had said that it would keep on selling menthol and tobacco-flavored products in stores, and that all the other flavours would remain available for sale on its website, which has age-verification controls.

Juul announced that it will now only leave menthol and its two tobacco flavoured pods, available for sale.

Additionally, likely in response to last month’s announcement by the Trump administration that all flavoured vaping products will be banned, Juul had recently also stopped selling its flavoured pods online, leaving only its mint, menthol and tobacco flavoured nicotine pods available for sale.

“We continue to review our policies and practices in advance of FDA’s flavor guidance and have not made any final decisions,” said Juul spokesman Austin Finan in a statement. “We are refraining from lobbying the administration on its draft flavor guidance and will fully support and comply with the final policy when effective.”

However, newly released data by the National Institute on Drug Abuse, found that teenagers surveyed in 2019 preferred mint and mango Juul flavors. Mint was however the most popular flavour amongst 10th- and 12th-grade Juul users and the second most popular flavor among eighth-grade users in 2019. Additionally, of the surveyed students, 18% reported recent e-cigarette use, with nearly 13% saying they use Juul.

To this effect, last week Juul announced that it will now also ban mint pods, leaving only menthol and its two tobacco flavoured products for sale. “These results are unacceptable and that is why we must reset the vapor category in the U.S. and earn the trust of society by working cooperatively with regulators, attorneys general, public health officials and other stakeholders to combat underage use,” said K.C. Crosthwaite, Juul’s newly appointed CEO