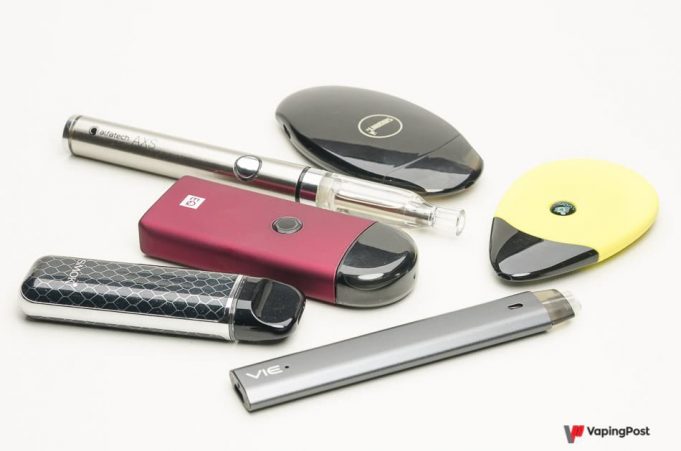 Data keep indicating that over five trillion butts are generated by smokers each year worldwide. Sadly, many of these tend to pile up in parks, beaches, streets and bus stops, as they are small enough to appear more harmless than the more visible type of rubbish, and are therefore more likely to be disposed of inappropriately.

Cigarette production is also a significant contributor to deforestation and water pollution, as chemicals used during tobacco farming can enter the water system. Additionally, cigarettes produce over 2.5 million tonnes of carbon dioxide and 5 million tonnes of methane yearly.

Most vaping devices have several recyclable parts: look for any glass, metal and plastic components that can be safely removed and recycled.
Due to these and other factors, every time a smoker switches to vaping in a bid to quit smoking, unknowingly they are also helping the planet as vaping has a lower environmental impact than smoking. However, while this switch may have these positive effects on the environment, researchers have also highlighted the negative impact that irresponsible e-cigarette production can have.

“E-waste is a huge problem globally. Anytime we make something that is disposable, we’re essentially stealing from the future,” says Yogi Hale Hendlin of the Center for Tobacco Control Research and Education at the University of California, San Francisco.

He has pointed out that health policy debates around electronic cigarettes should consider the health of the environment too, and explained that each stage of e-cigarette production could pose a potential environmental harm, from mining, manufacturing, using and disposing.

Many e-cigarettes are non-reusable and non-recyclable

Citing a 2017 CDC study, Hendlin has explained that just in 2015, over 58 million vaping products were sold in the U.S. at grocery and convenience stores alone. About 19 million of those products were designed for single use. The researcher explained that the resulting e-waste is often shipped from Western countries to developing countries, which places the environmental hazard of reprocessing, reclaiming and incinerating waste on these poorer nations.

Additionally, the EU TPD legislation has made it even harder for the industry to produce environmentally friendly products. Limitations on bottle size for e-liquids that contain nicotine mean that many more plastic bottles are now required to supply the same volume of product.

What can vapers do?

Below is a list of actions vapers can take to be as green as possible:

NZ Vapers Can Now Have E-Cig Waste Collected From Home