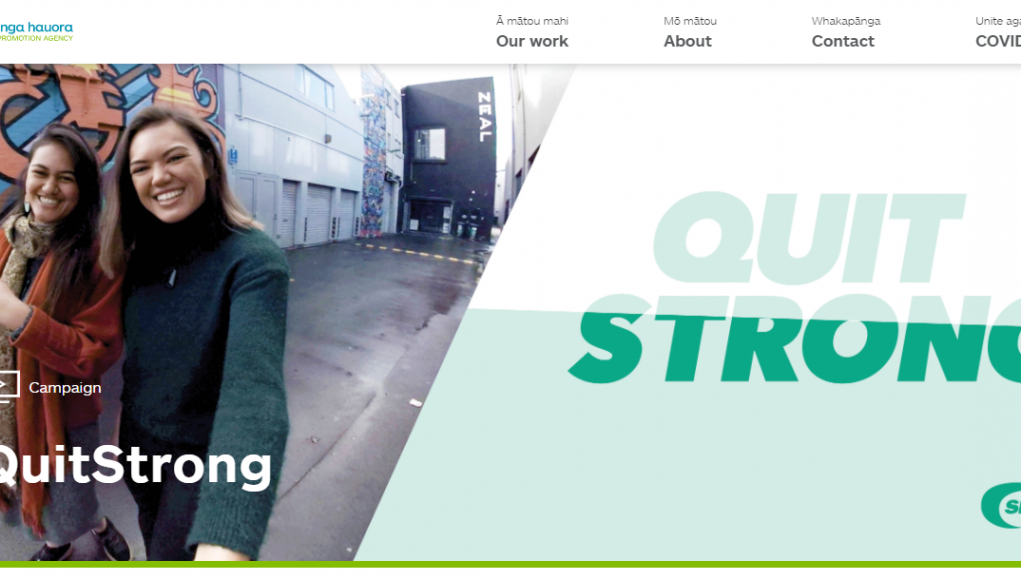 The AVCA says that released official information has revealed that the Ministry of Health has funded a budget of $1,670,000 for the Vape to QuitStrong campaign between the 2019/2020 and 2021/2022 financial years.

“After some delays while last year’s vaping legislation was passed, it’s great the Vape to QuitStrong campaign was launched a few weeks ago. It has made a good splash on the likes of primetime television and radio, with poster and bus shelter campaigns in communities with a high smoking prevalence,” said AVCA co-director Nancy Loucas.

“The Ministry of Health makes it very clear that vaping products can make a real contribution to the Smokefree 2025 goal as well as disrupt significant inequities. Subsequently, the Ministry confirms that Vape to QuitStrong centres on a behavioural change campaign that will support young Māori women to successfully switch to vaping,” said Loucas.

A survey of over 27,000 students conducted last year by University of Auckland researchers, found no teen vaping epidemic.
Meanwhile the AVCA is concerned that despite over $1.6 million of taxpayers’ money being spent on the Vape to QuitStrong’ campaign, the Government’s latest Smokefree 2025 reboot and its pending vaping regulations are overlooking the vital role that vaping can play in getting more Kiwis to quit smoking.

“Good on the Ministry of Health and the Health Promotion Agency on its work with Māori to deliver a campaign that they all know will be effective. These same people now just need to feed their extensive knowledge into the Government’s proposals for the Smokefree Aotearoa 2025 Action Plan as well as the final vaping regulations which will be signed off by Cabinet by the end of June. Otherwise, the best opportunities we have to free our at-risk communities from tobacco will be squandered,” says Ms Loucas.

Loucas has recently said that sadly, many still consider smoking and vaping as almost the same. “It’s a ridiculous lumping when one has killed 50,000 Kiwis in the past 10 years while the other has not led to one reported death in New Zealand but has instead saved thousands of lives.”

Meanwhile, the public consultation on the smokefree discussion document closes on the 31st of May. “I support tougher rules and regulations for tobacco. However, the Government would better advance smokefree if it also focused on risk proportionate measures for vaping,” said Loucas about the document.