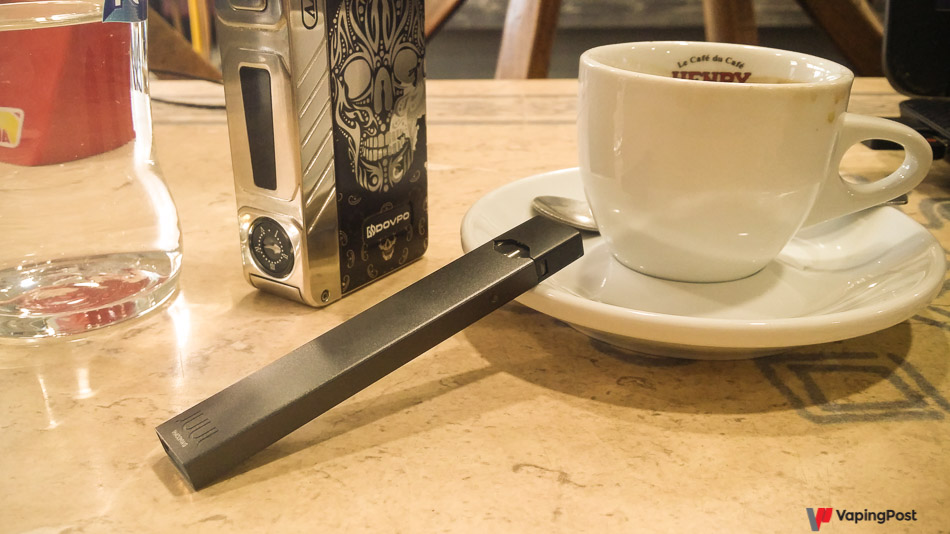 Facebook
Twitter
Pinterest
WhatsApp
Dr. Neal Benowitz, a researcher and professor emeritus at the University of California, San Francisco, said that the caffeine present is in levels too low to have an effect.
In January 2020, the FDA released the much anticipated guidance pertaining to flavoured vaping products. “Companies that do not cease manufacture, distribution and sale of unauthorized flavored cartridge-based e-cigarettes (other than tobacco or menthol) within 30 days risk FDA enforcement actions,” said the guidance, which went into effect the following February. However, anticipating this move, Juul had already stopped selling its flavoured products in the US as of late 2019.

And while Juul users were forced to resort to more boring flavours or seek their preferred products on the blackmarket, a recent study claimed that they may have been getting their kick from the products regardless, via caffeine. Titled, “A Retrospective Analysis of Chemical Constituents in Regulated and Unregulated E-Cigarette Liquids,” the study  analyzed the contents of 241 nicotine and cannabis vaporizer products, including Juul pods, found on the market over the past few years.

A research team from Virginia Commonwealth University’s Department of Forensic Science found ten chemicals in Juul pods, including caffeine, which appeared in concentrations averaging 23.5 micrograms per milliliter in Classic Tobacco pods, and averaging 9.3 μg/ml in Menthol-flavored pod. The addictive substance is not listed as part of the contents which according to the Juul’s website, consist only of nicotine, and the additives propylene glycol, glycerine, and benzoic acid.

Discussing the findings, the researchers said that the presence of caffeine in the products would make them more addictive. “The addition of caffeine to e-cig liquids could act as an initiation primer, leading to increased caffeine seeking and consumption and chances of caffeine addiction,” they wrote, noting that “caffeine consumption has been reported to increase the odds of smoking [and] the urge to smoke.”

The question is whether Juul added the caffeine purposely. Dr. Neal Benowitz, a researcher and professor emeritus at the University of California, San Francisco, said that this is unlikely as the caffeine present is in levels too low to have an effect. “For comparison, a cup of coffee contains about 100 milligrams” of caffeine,” Benowitz said. At 25 micrograms per milliliter, “a bout of JUULing would deliver about 1/1000 of the caffeine in a cup of coffee,” he said. “Unlikely to have any significant effects.”

As for how it got there? Probably an accident, according to Benowitz. “I can see no reason why they would add minute amounts of caffeine,” he added. “Most likely a contaminant in some flavor chemicals they purchased and did not know about.” Nevertheless the findings could prove tricky for Juul who is still waiting for its Pre-Market Tobacco Authorization (PMTA).

The FDA Suspends Its Own Juul Marketing Denial Order