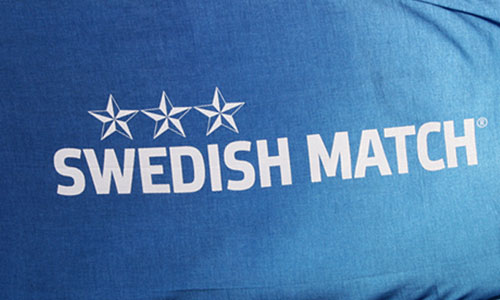 The world’s remaining major tobacco companies are striving to switch their businesses from depending on cigarettes to safer alternatives.
In September 2021 Swedish Match had announced plans of a spinoff on its remaining cigar business, plans which were suspended in March 2022. Nevertheless, the tobacco company has been praised for being a pioneer in starting its journey towards becoming smokefree back in 1999 when it sold its cigarette business. Discussing the move, renowned tobacco control pioneer David Sweanor, an adjunct law professor in Canada, has previously highlighted that the brand has never gotten the credit it deserves for branching into smoking cessation products, at a time when no other company was.

Subsequently earlier this year it was announced that tobacco company PMI was in advanced talks with Swedish Match AB, discussing a deal that could be valued at about $15 billion and enhance the tobacco giant’s presence on the rapidly-expanding market of smoke-free products. Swedish Match is currently valued at about 117 billion Swedish krona, or almost $12 billion, while Philip Morris has a market value of about $154 billion.

John Hempton, co-founder of Sydney-based Bronte Capital, is one of the Swedish Match shareholders who hopes that the deal will fall through. “There are basically three camps; those who plan on accepting the deal, those who will try to get the offer price increased, and those who want Swedish Match to stay as Swedish Match, and I am firmly in the last camp,” he explained. Hempton, believes that Swedish Match has the potential to end up as a $100 billion company with a 10-20% share of the U.S. nicotine market.

Similarly, Chicago-based Framtiden Partnerships, a Swedish Match shareholder for nearly two decades, opposes the deal and has written a white paper urging others to reject the deal, which as per Swedish law 90% of shareholders need to approve before October 21st. Framtiden believes that PMI‘s SEK 106 ($9.63) per share offer “does not adequately value Swedish Match’s leading position in the rapidly growing non-tobacco nicotine pouch segment in the United States”.

Swedish Match controls about half the world’s market for snus

Supporting these arguments, data released by Euromonitor International has shown that Swedish Match controls about half the world’s market for snus and is also a global industry leader for nicotine pouches. “I was dismayed to see the board recommend the sale of this Swedish jewel at a bargain price in the early stage of probably the greatest chapter in its long history,” said Framtiden Managing Member Dan Juran.

Given the increase in health consciousness and subsequent dwindling smoking rates, the world’s remaining major tobacco companies are striving to switch their businesses from running on cigarette sales, to ones based on the sales of safer alternatives. Recently Philip Morris International Inc’s (PMI) incoming CEO, Jacek Olczak, reiterated the company’s goal of becoming smoke free within the decade.

EUforSnus Founder Discusses The Fight to Legalize Snus in The EU