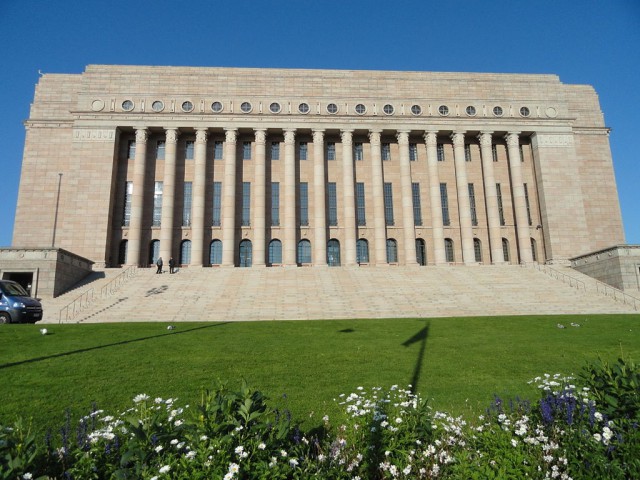 Each European Member State is required to implement the Tobacco Products Directive before May 19, 2016 and some of them are working very hard to meet the deadline. It is the case of Finland, right now, where experts and committees are discussing what needs to be done in the case of the e-cigarette.

The starting point of their reflection is that everything containing nicotine should be regulated like current tobacco products. Apparently, this should rule for non nicotine e-liquids as well. In addition and to make the products less appealing to children, they want to make sure that everything that is regulated like a tobacco product tastes like tobacco, so all flavors may be prohibited except “tobacco”.

The provisional features of the Finnish Bill are:

It will also be prohibited to vape in a vehicle in the presence of children under 15 years of age. The law includes provisions for housing companies to ban vaping on balconies, without requiring evidence of harm to health of bystanders. The only exception is that vaping cannot be banned inside apartments.

A question remains unanswered: Will it be allowed to vape in vape shops?

At least two national Bodies at work for the law

The Finnish National Institute for Health and Welfare will be asked to carry out researches and to monitor smoking prevalence. Its tasks range from monitoring, research and eduction of dangers and harms to health originating from smoking. It is also in charge of market development monitoring including any evidence that their use is a gateway to nicotine addiction and ultimately traditional tobacco consumption among young people and non-smokers, as written in the Article 20 of the EU TPD.

The National Supervisory Authority for Welfare and Health (Valvira) will work in order to ensure the compliance with EU regulations and collaborate the Finnish Accreditation Service (FINAS) of the Finnish Safety and Chemicals Agency to approve the competence of testing laboratories and testing methods.

Another national Body, the Finnish Medicines Agency, may also play an important role in support to Valvira for the monitoring of nicotine-containing liquids.

It is clear from this draft that implementation will introduce direct additional expenses for the authorities and the tobacco industry. In particular the different reporting and monitoring tasks that go along with the Article 20.

Strictness in tobacco regulations, which decreases the demand for tobacco, will certainly have a negative impact on the net income of operators and the tobacco industry as well as government tax revenue.

Assessment of the Economic impact of the Bill

Estimated for the year 2012, the use of tobacco products resulted in a total financial burden of more than €1.5 billion for the Finnish society, with a direct cost of €630 million (health care, enforcement, compliance) and an indirect cost of  €900 million (work-time losses, incapacities, prematured deaths).

From these numbers, one may say that Finland should embrace the e-cigarette and promote its use to reduce smoking prevalence. Let’s recall that Government’s Big Picture for 2040 is to completely abolish smoking.

However, an Assessment Report (AR) suggests that a decline in the sales of tobacco products would significantly reduce the state’s revenue that was estimated to €863 million for 2015 (Government’s economic forecast).

The current absence of tax on vaping product is under concern, in Finland. The report reads “Without tax changes…” which suggests a strong support in an increased taxation over vaping products at the State’s level.

The AR’s authors nevertheless concede that the bill may also have positive impacts for society and writes that “measures to promote smoking cessation will improve the productivity of the national economy, improve national health and ease the financial burden on municipalities and government with regard to health-care services”…white clouds in the dark sky of the Scandinavian Peninsula.

What is being done in this Scandinavian and European Member State is monitored on a Blog maintained by a Finnish vaper who is acknowledged for updated information.

The bill bans vaping in all enclosed spaces which are accessible to employees and/or the public. So, yes vaping in vape shops is also banned. Basically the law supercedes any chance of deciding whether you want to allow it or not unless a person is living in the space.

Well, in the law proposal, there js many things against constitution.

The goal of the TPD is medicines regulation which has been part of their agenda since 2013, you can see what I have found here https://warrior3995.wordpress.com/2016/02/16/prediction-of-where-the-vaping-industry-going/

No more regulation is required than food grade regulation, why do we listen? They have turned a deaf ear to us and the real truth, why age restrict? Is it really about the children I think not, age restriction could be a death sentence! https://warrior3995.wordpress.com/2016/03/18/restricting-youth-could-be-a-death-sentence/