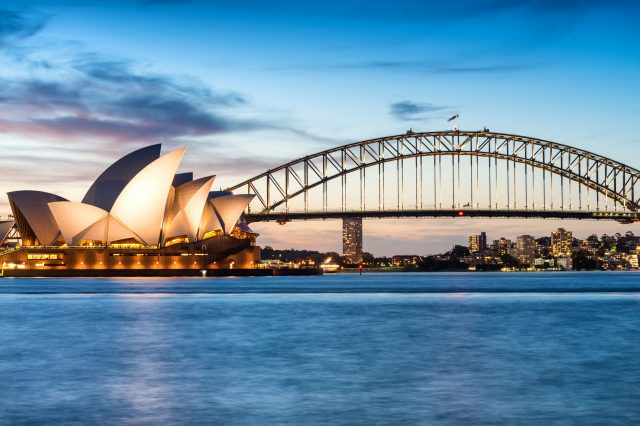 In an editorial note [1] of the Medical Journal of Australia, the authors Martin McKnee, Mike Daube and Simon Chapman advocate Australia should regulate nicotine e-cigarettes as medicines. Their specific recommendations are:

The authors recommend using of the “precautionary principle” and to “carefully monitor emerging evidence on their safety and cessation efficacy“. They recognize two roles for e-cigarettes:

They also advise Australian governments and health authorities “not to be distracted from existing approaches to reducing smoking, which are bringing such encouraging results”.

A decrease in smoking prevalence in Australia

The encouraging results they address are indeed the recent figures provided by the Australian Institute of Health and Welfare and the 2014 report issued by Centre for Behavioural Research in Cancer (Cancer Council Victoria) that would indicate the world’s lowest rates of smoking among adults and adolescents, respectively. A statement that is to be taken with caution since adult smoking prevalence in Sweden is also low (WHO’s tobacco Atlas: 15.1% and 11.6% for Australian men and women, respectively, against 12.7% and 15.2% for Swedish men and women, respectively). A statement that may be misleading in a sense that all Australian subpopulations do not follow the same decreasing trend.

They put forward the increasing influence of Big Tobacco companies in advertising for electronic cigarettes and their long and successful experience in promotion techniques. Their concerns also regard the sponsorship of events attended by teenagers and the growing number of flavors that, according to the authors, “in many countries would be illegal in cigarettes”. Finally, they address the vaping advocates who regard “any restriction on the use of e-cigarettes by governments as a threat to individual freedom”.

The authors express their surprise, noting that:

Vaping industry is mainly the fact of small businesses that are doing well and are in an encouraging phase of development, according to experts. Even if Big Tobacco industry is slowly absorbing the most successful businesses to position their brands in this market, most of the vaping production remains in the hands of independent manufacturers. It is worth noticing that some manufacturers did not wait for Nanny-States to regulate their business before acting to guarantee the quality of their products.

Comfortably sitting in their anti-vaping seats, the authors criticize the 95% safer estimate of the Public Health England’s report that, they note, was based “not on empirical evidence but upon a single reference to a meeting”. They mock the term “game-changer” for smoking cessation and put forward conclusions of a recent meta-analysis that concluded these products “in fact, reduced the probability of quitting”.

In a real world, where people turned to vaping to wean themselves off smoking after unsuccessful trials with other methods, the meta-analysis in question is the controverted publication by Kalkhoran and Glantz; a manuscript whose conclusions are still promoted by its authors in public meetings while conveying misleading informations.

In the same world also, where vapers have recovered their health and save money, the RCP report supports PHE’s conclusions and is cited by a growing number of health professionals and authorities who regard personal vaporizers as a candidate in the smoking cessation arsenal.

The authors’ position echoes the recent interim report of the Australian Senate Committee on e-cigarette for whom there is “no in-principle concerns with ENDS products being made available in Australia” provided that “liquid nicotine and the ENDS devices themselves are available on a prescription-only base“.

“E-cigarettes should be regulated, but in a proportionate way that reflects their real level of risk.” -Dr C. Mendelsohn.
In complete contradiction with the such politically oriented publication, Dr Colin Mendelsohn signs an article in The Sydney Morning Herald. In his article he recalls that the vaping market is currently undergoing a major change since most states where its use is popular are about to regulate the e-cigarette as (sometimes even strongly as) a tobacco product.

For the physician who is strongly fighting against the false idea that “smokers are weak-willed individuals making a bad lifestyle choice”, nicotine is part of the solution against smoking. But nicotine is considered a poison in Australia and is severely repressed. For him, reducing the appeal of e-cigarettes, slowing product innovation and raising costs are well-intended but inappropriate and could have “the perverse effect of protecting the cigarette trade and leading to more smoking”.

In Mendelsohn’s plea, e-cigarette needs regulation but as a consumer-driven product, not a medicine or a tobacco product.

By surfing on the “cessation aid” wave, the mandatory licensing of the products will drive nicotine e-cigarettes straight in a hard wall because the Australian Therapeutic Goods Administration (TGA) is required to consider the evidence of their safety and efficacy before determining whether the product may be sold. An “evidence” that will be hard to demonstrate because of the large array of anti-vaping publications produced by sceptical scientists who rather recommend waiting for more robust evidence than to balance benefits of e-cigarettes with harm of smoking.

A concrete example of fail attempt in regulating e-cigarettes as medicines was reported in Sweden where, ironically, anti-vaping arguments were used before a court in order to defend the cause of vapers and lift a ban on nicotine vaping products.

Mendelsohn deplores the medicine- or the tobacco product-type regulations are the only two options that are foreseen by national authorities for a product that may be considered of public utility. And at the same time as, in the UK, an Italian-style (light) enforcement of the law is expected for nicotine e-cigarettes, the tobacco specialist also recommends light-touch regulations for the same product in Australia where tobacco is responsible for the prematured death of more than 2 persons per hours.