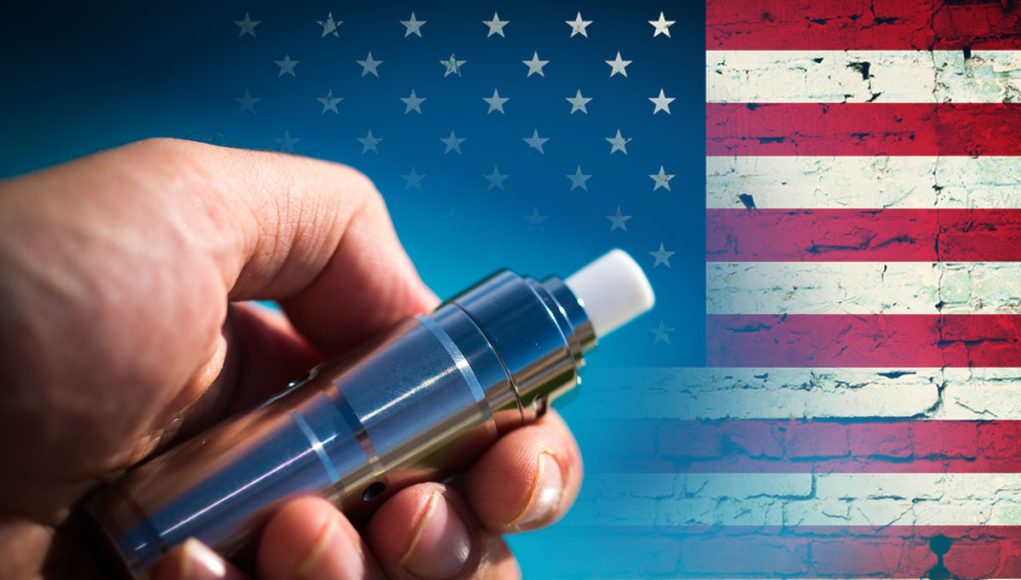 The Welsh Assembly’s Labour group finally accepted that its proposed ban on vaping in public places had failed, while MEPs asked for closer scrutiny of the EU’s newly imposed regulations and pressure mounted for the legalisation of nicotine-containing e-cigarettes in New Zealand. However, things aren’t so rosy in the USA following revelations that the FDA wanted – and still might get – an even stricter ban than the one they’ve announced.

Many Welsh vapers will have breathed a sigh of relief this week with the news that the Labour Party’s planned vaping ban – which would have restricted electronic cigarettes in most places where smoking is banned – has been abandoned. The climb-down was revealed on the BBC’s Sunday Supplement programme by First Minister Carwyn Jones. He admitted that with Labour now relying on Liberal Democrat support to hold power in the Senedd, and with the strongly pro-vaping Kirsty Williams holding a ministerial post, there is no chance of the anti-vaping laws passing. Jones is keen to enact the rest of Labour’s flagship Public Health Bill, and the vaping restrictions make that impossible. Wisely, to get the rest of the bill, they’ve decided to strip out the unpopular part.

The decision to abandon the crackdown on quitters was welcomed by ASH Wales and the Welsh Conservatives, among others. Tory leader Andrew Davies expressed his delight that “Labour has been forced to admit that they won’t be pursuing this misguided policy.” With former health minister Mark Drakeford now demoted to a local government administration role, and AMs having learned a stark lesson about the unpopularity of the law, it isn’t likely to be resurrected in the near future.

Leading health experts are agreed that the Food & Drug Administration’s recent “deeming regulations” are a disaster for smokers who want to switch, but newly released earlier drafts show that the FDA’s intentions are even worse than the published law suggests.

The FDA rules have a two-year grace period in which existing vape gear and liquids can still be sold, allowing manufacturers to at least try to get approval to keep selling them. However it’s now emerged that the FDA originally wanted to exempt flavoured liquids from that – all flavours, except tobacco, were due to be banned within 90 days of the law going into force this summer. A flavour ban is a key aim of the FDA’s claims that vaping is a gateway to smoking and many in the agency are determined to see it imposed.

What’s worrying many vapers is that while the flavour ban doesn’t appear in the final version of the regulations, it wasn’t removed by the FDA themselves – the White House’s Office of Management and Budget took it out. There’s nothing to stop the FDA reinserting it after the law goes active on the 8th of August, so the end of vaping in the USA could be even closer than feared.

With the House of Lords set to vote on the Tobacco Products Directive as early as next week, in a move that could potentially see the controversial law rejected by the UK, a new attack from within the EU Parliament itself is increasing the pressure. Two British MEPs, Conservatives Julie Girling and Vicky Ford, have asked the EU’s science commissioner to reconsider the directive based on the latest evidence.

The EU is already aware that the TPD is based on distortions of the science, following public criticism of the Commission by the scientists whose work it cited in support of the restrictions. Most UK health and smoking cessation groups would welcome the removal of e-cigarettes from the directive, which is the most likely result of an objective scientific assessment. However so far there has been no public response from the EU.

Up to now New Zealand, along with Australia, has had some of the toughest anti-vaping laws in the world; any e-cigarette or liquid that contains nicotine is illegal to sell, although small quantities can be imported for personal use. Now that might be about to change. As the government prepares to push through a law on plain packaging for tobacco products, some ministers have decided that when it comes to cutting smoking e-cigs are an opportunity, not a threat.

So far no legislation has been created to remove the ban, but there is now support at high levels for taking a new look at it. Following pressure from tobacco control experts like Marewa Glover, there is increased awareness that vaping is a safer and satisfactory alternative for many smokers.

Currently New Zealand is governed by a four-party coalition, and two of the party leaders – ACT’s David Seymour and the Maori Party’s Marama Fox – are calling for a relaxation of the law. There is some opposition from anti-vaping activists, but if the political climate continues to evolve along present lines it’s possible a more pragmatic policy could be introduced.

Terrific round up of what’s going on.