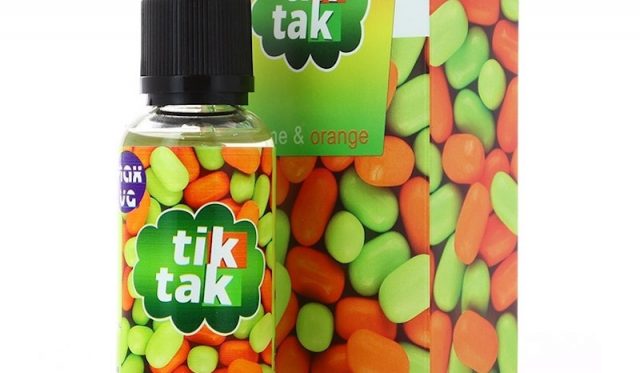 Imitation of the trademark of a leading international company On January 21, 2016, AOC Juices the French manufacturer of e-juices, markets its e-liquid Tik Tak. The juice imitates the flavors of the famous candy Tic Tac, Orange and Lime, distributed by the Italian Ferrero. Its packaging visual also represents the famous sugar-coated candies in the shape of the Ferrero’s Tic Tac.

After some months, the e-juice becomes a real commercial success in Europe and in Canada until May 24, 2016 when the manufacturer receives a letter from Ferrero SpA’s low department and Ferrero France Commerciale.

In this letter, the Italian company recalls the notoriety of the brand and requires AOC Juices to stop the marketing and sale of its produce “Tik Tak Juice” in the current form and to change the name. The manufacturer is also required by Ferrero to remove and return to the brand al the products and support.

Finally it requires the French e-liquid manufacturer to modify the pages of its website that correspond to this product, showing how it offended the law by imitating Ferrero’s product. In fine, le e-juice Tik Tak must evaporate from the market. As soon as the letter was received, AOC Juices agrees to the request because “the juridic battle between David and Goliath seemed to be lost before even starting, although the packaging and name were lawfully registered“, explains Arnaud Mehl, President of the company.
But AOC Juices decides to register its product under a new name: “Mik Mak Juice”. “We thought that this name (the French term Mik Mak could be translated in English as “whole mess”) was perfectly figuring out the current confusion in which we were“, said Arnaud Mehl. “The new labels were ready and all the sugar-coated candies disappeared as well as all what could remind of Tic Tac.”

The French manufacturer replies to the Ferrero’s lawyers and retailers with the new logo and name of the juice so that it can be updated on the web, as requested by the firm.

But Ferrero does not appreciate the French humour and raises the issue again. On June 8, 2016, AOC Juices receives another letter that prohibits the use of the new “Mik Mak Juice” name. The French manufacturer approaches the law firm on several occasions in order to know why a new ban was issued against this product. “We were left without answer with a deeply-felt injustice. We expected to see the Amerindian tribal group reproaching us the use of their name but did Ferrero come back“, said Arnaud Mehl with a certain dose of humour. Since then, the Tik Tak/Mik Mak became Lemon Orange Juice and the sugar-coated candies disappeared from any visual, what seems to be in agreement with Ferrero’s request as the Agri-food company remained quiet. “Print jobs on packagings and labels could start again about three weeks ago. A massive re-labelling has been made to display the shortest possible stockout“, comments Arnaud Mehl. Ferrero was expecting the destruction of all packagings and labels concerned. The cremation of all “Tik Tak/Mik Mak Juice” remains took place in Montélimar on June 29, 2016, in presence of a bailiff. The draft-minute was sent the following week to Ferrero, which put a term to their written solicitations.”, concludes Arnaud Mehl.