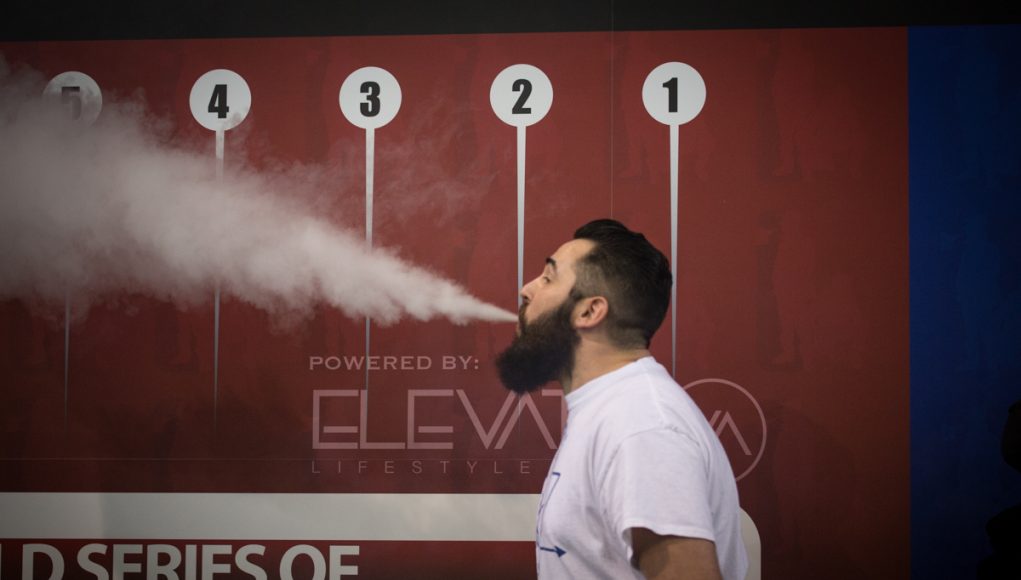 Published this week in the journal Pediatrics by Prof Suchitra Krishnan-Sarin from the Department of Psychiatry at Yale University School of Medicine, a study followed the different patterns of use of e-cigarette among high-school students (average 16 years old) in Connecticut. In the target of the authors, “dripping”, a technique that “involves vaporizing the e-liquid at high temperatures by dripping a couple of drops of e-liquid directly onto an atomizer’s coil and then immediately inhaling the vapor that is produced”, according to the definition provided by the authors.

This definition however lets the reader believe that the e-liquid is dropped directly on a hot surface, which is evidently not the case. A wick is always present and the dripping procedure has been imagined by users to avoid dry hits and to produce more tasty vapor.

The study explored the profile of the users and found that ever use of dripping among e-cigarette users was positively correlated with being male, being white, having tried more tobacco products, and using e-cigarettes on a greater number of days in the past month.

Reasons for dripping are because:

Some comments reveal that other reasons may be because “friends use it, ” or because they “tried it once, ” and “don’t know”. Maybe the ones who dripped “by curiosity” also have tried e-cigarettes “by curiosity” and compared with other illicit products, driven by the same curiosity. Cannot we simply consider that a better communication on the risks respond to the curiosity

The authors add surprising and bold comments and also speculate about those teenagers who are using this technique. Before paying attention to the speculations, it is worth recalling that the survey is based on a self-report by participants.

“it is possible that this limitation may have led to lower estimates of the behavior”Krishnan-Sarin et al., 2017

In this statement, the authors refer to the 25.2% who revealed they “don’t know”, the authors consider that they could increase the ranks of drippers, leading the proportion of drippers to more than half of e-cigarette users. Another and more likely possibility is that the definition proposed to students by the researchers was not clear enough to elucidate the fact that they were dripping or not.

They use dripping to produce thicker clouds of vapor, which suggests that youth who participate in these alternative behaviors may be those who use e-cigarettes for smoke tricks and vape competitions.Krishnan-Sarin et al., 2017

This comment is surprising because it indicates that teenagers would organize contests of cloud chasing. Smoking, vaping and, probably, dripping have a strong socializing power in the young population. In contrast, this strongly suggests, if true, that such a practice is occasional and does not constitute a new aspect of daily-use of an e-cigarette.

However, e-cigarette users are known to manipulate nicotine levels to change the strength of the “throat hit, ” 19 and the youth in our study reported using dripping for improved “throat hit.” This finding leads us to speculate that they may be using e-liquids with nicotine; in fact, many of the online guides on dripping discuss the use of appropriate nicotine levelsKrishnan-Sarin et al, 2017

This is pure speculation and a wrong assemblage of statements. It is possible to tune the throat hit by changing the composition of e-liquids. It is true that at higher nicotine strength, the throat hit is stronger, but our experience demonstrates that throat hit is more important for occasional users and especially for smokers with an occasional experience with e-cigarettes.

In depth with “Throat Hit”

Playing with the relative concentration of PG ad VG can also have an effect on the throat hit. More VG makes the vapor thicker, more PG reveals flavors. Everything indicates that drippers who are looking for more vapor will tend to increase VG for its physical properties on vapor, thereby diluting the original mixture and reducing the overall nicotine strength.

The trickers interviewed by The Vaping Post during vape contests indicate that they use zero or reduced nicotine strength because of the large amounts of liquid they consume for training or during shows. This is also the indications that they give to the public on dedicated websites.

The authors indicate that they did not specifically assess what flavors are being used by drippers, they also confess they did not assess whether nicotine was present in the e-liquids.

This is wrong, completely wrong. For this statement, the authors refer to the work by Talih and co-authors [2] who never measured nicotine concentration in blood. Their study remained theoretical and based on a model of liquid consumption. Their work shows that at higher voltage, more liquid is vaporized.

The facts are that in such conditions, cloud chasers or trickers use low to zero nicotine liquids and release most of the vapor they inhaled. The vaping pattern they use is Direct-Lung (DL) inhalation to which one opposes Mouth-to-Lung (MTL) vaping with is closer to the pattern smokers are using to inhale cigarette smoke.

“if youth are dripping e-liquids with nicotine directly onto the heated atomizers, they could be exposed to higher levels of nicotine than what they might be exposed to from a standard puff of an e-cigarette, raising concerns about nicotine addiction among these young users.”Krishnan-Sarin et al, 2017

Hence, in contradiction with the last controversial statement we affirm that nicotine is not an issue with dripping. We however acknowledge that the chemical contained in vapor combined to the vaporization of more juice are exposing this population to more toxic compounds than with regular use of an e-cigarette.

The need to educate, but who is the target?

Our opinion is that not only youth but everyone, including smokers, vapers and regulators should be considered privileged targets of such programs. When considering the misleading information conveyed by the researchers themselves and amplified by the media, coming to the eyes and ears of regulators, it is evident that more effort should be made in education about this topic.

The PATH study (Population Assessment of Tobacco and Health), covering 46,000 people 12 years of age and higher, may help understanding such aspects of e-cigarette usage.

Last but not least, the study was funded by NIH grants and the US Food and Drug Administration Center for Tobacco Products. The authors, including Prof Krishnan-Sarin who also appeared a member of the FDA Tobacco Products Scientific Advisory Committee before a Federal ruling on conflicts of interest contributed to put a term to her mandate, have indicated they have no potential conflicts of interest to disclose.

How distorted is the information conveyed by the media?

Media headlines, those last days, warn about the dangers of “dripping” after this scientific publication was released. The National Law Review reads: “e-cigarettes are being used to intensify the nicotine experience via dripping”. The journal also reveals that “The study involved more than 7000 high school students.” The journal also reports that “The study showed that approximately 15% of kids had tried vaping. Of those over 25% had tried dripping which according to the study suggests an emerging trend.”

“Our final sample consisted of 1080 ever e-cigarette users” write the authors. The authors also refer to the the National Youth Tobacco Survey where 16% of participants declared they had ever used an e-cigarette. Ever use means even a single puff in their life. A more reasonable measure, and far less alarming one, is the 30-day prevalence or “Past-month use” which indicates any use of e-cigarette in the past month – which is still not an indication of vaping daily use.

Past-month use of e-cigarettes increased dramatically from 2011 to 14. The National Youth Tobacco Survey (NYTS) found students’ use tripled in a single year, from 2013 to 2014, with 13.4% of high school students (age 11-19) using e-cigarettes in 2014, compared to 4.5% in 2013. Another national survey, Monitoring the Future (MTF), confirmed the high rates of students’ e- cigarette use in 2014. In 2015, the results became contradictory, the MTF recorded a small decrease while NYTS reported only a small increase. In 2016 MTF reported a decrease in e-cigarette use rates of more than 20%. Over the same period, both surveys showed unprecedented decline in smoking prevalence among youth.

Cloud tricks among youngs: A new socialization of vaping

Wasn’t Krishnan-Sarin, among others, even removed from the FDA Tobacco Products Scientific Advisory Committee by a federal judge because of conflicts of interest? Doesn’t seem like anyone should be taking her word on anything remotely related to tobacco replacement.