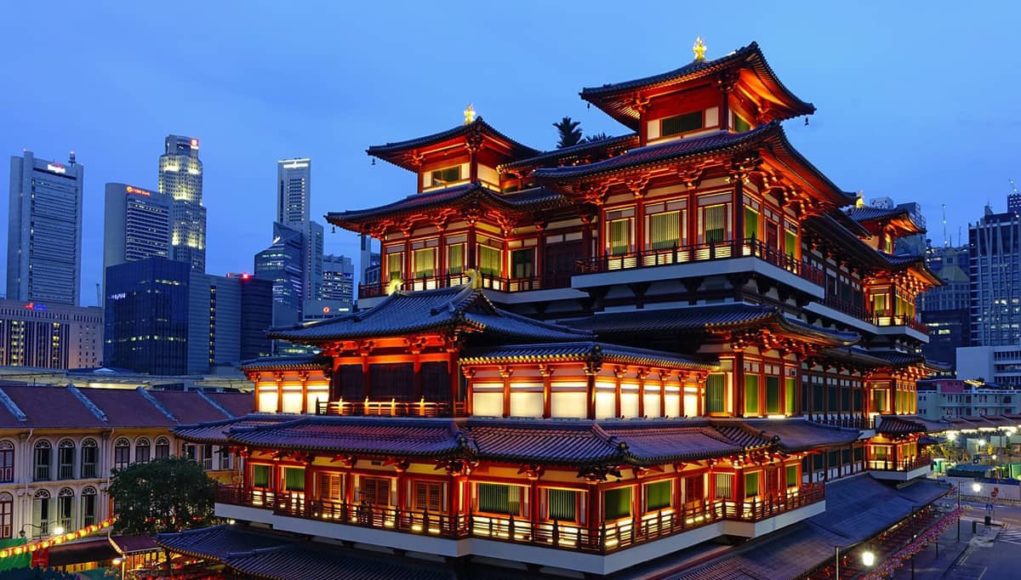 Importing and selling vaping products has been banned in the island city-state since 2014, and possession of the products has been made illegal since December 2015. In line with Singapore’s Tobacco (Control of Advertisements and Sale) Act, anyone caught in possession of the products will be fined $2000  and as a consequence of this, Singapore is now known to have a thriving e-cigarette black market.

Closing in on electronic cigarettes

The consequence of Singapore’s strict e-cig import and sales regulations is a thriving black market.
Last March, the Senior Minister of State for Health Amy Khor, said that the legal age for smoking and buying tobacco products in Singapore would be raised from 18 to 21. “We want to protect our young from the harms of tobacco, and lay the foundation for good health,” she said.

Then in June, Singapore launched a public consultation about raising the legal age. Additionally the Ministry of Health (MOH) said that it going to take action about a current loophole pertaining to e-cigarette regulations, pointing out that while the importation, distribution, sale of the products was currently prohibited, purchase, use and possession, were not.

Why banning e-cigs would be detrimental to public health

A UK study indicated that risks from vaping may be as low as 1% those of cigarette smoke.
However would the latter be a smart move? This is what Singapore MPs are finally questioning. Mr Louis Ng (Nee Soon GRC) is wondering whether Singapore “might be missing out on a chance to benefit” from regulations that would allow the use of e-cigarettes for the purpose of smoking cessation. He referred to the fact that countries such as the UK have endorsed the devices as cessation tools, whilst carrying out extensive studies to weigh their benefits vs their risks.

Non-Constituency MP Leon Perera agrees with this approach. “Surely, the humane thing to do is to allow smokers — both those seeking to quit and reduce consumption — an avenue to use a less harmful product?” he said.

Sadly, in a commentary titled, “Singapore should aim to be smoke-free, not just smoke-lite” released last month, a Singaporean Professor of Public Health, said that electronic cigarettes are not any safer than regular cigarettes. “Emerging tobacco products such as e-cigarettes and heat-not-burn cigarettes… are no less harmful than cigarettes”, said professor and dean of Saw Swee Hock School of Public Health, National University of Singapore, Dr Chia Kee Seng, whilst ignoring the countless studies that indicate otherwise.

The benefits in endorsing vaping for smoking cessation

A US study indicated that if smokers had to switch to e-cigarettes, up to 6.6 million early deaths could be avoided across the US alone.
Infact a study released last Summer and carried out by Dr William E Stephens from the University of St Andrews in the UK, looked into the risks from inhaling vapor in comparison to those from inhaling smoke. This study indicated that risks from vaping may be as low as 1% those of cigarette smoke.

Unfortunately, Parliamentary Secretary for Health, Amrin Amin seems to agree with Dr. Seng, and in response to the MPs said that research indicates that vaping products act as a gateway to smoking. A theory that has now been dispelled by a number of reliable studies.

We quit smoking cigarettes almost 15 years ago. It had been difficult but I just kept telling myself We will never light or smoke the next smoking. We tried all kinds of things in the number of attempts I made before success. We had been therefore fed up with smoking, We was coughing my head down one early morning and I also did maybe not ( could perhaps not) smoke all the time.

Fortunately, I had a friend who gave me the little bit of help I desperately needed. She showed me this quitsmokingtoday.­review and told me it was a god send for her and that her quit smoking was in remission. I was like what? I have to try that too!

It’s great that you were able to give up smoking, but this has very little to do with the debate about vaping in Singapore. The quit or die ideology is what we’ve been working with for decades, and still over SEVEN MILLION people die of smoking related disease in the world every year. it is simply not possible for many to do the first part of “quit or die” but most are very successful at the last bit.

Many people also find nicotine helpful. It has clear indications for IBS, many mental health issues, and research into nicotine use for neurodegenerative diseases is also quite positive. That’s not to forget the vast majority of smokers who just find nicotine beneficial.

Nicotine is not the problem. It is the by products of combustion that cause the disease and death toll. It’s vitally important that we embrace tobacco harm reduction and allow people access to safer alternatives. To not do so is unethical.

THAT’S what this debate is really about.

It’s good to see some sanity in the debate about vaping in Singapore at long last. There is still a lot of rubbish science being used to support making it illegal, but questioning those assertions and being backed up by hard facts is the first step. Keep pushing Singapore!

I was a smoker of close to 28 years. After trying vape, I AM never going back to combustibles. I dont get breatheless, I can taste everything much better now, people no longer say I smell like an ash tray. How is that gonna be a gateway for teens to go into smoking? Vape is a much better product than any form of cigerettes.

Non of the other cessation tools ever work. Give us a better life, smoke free life. Let us get rid of combustibles for good.