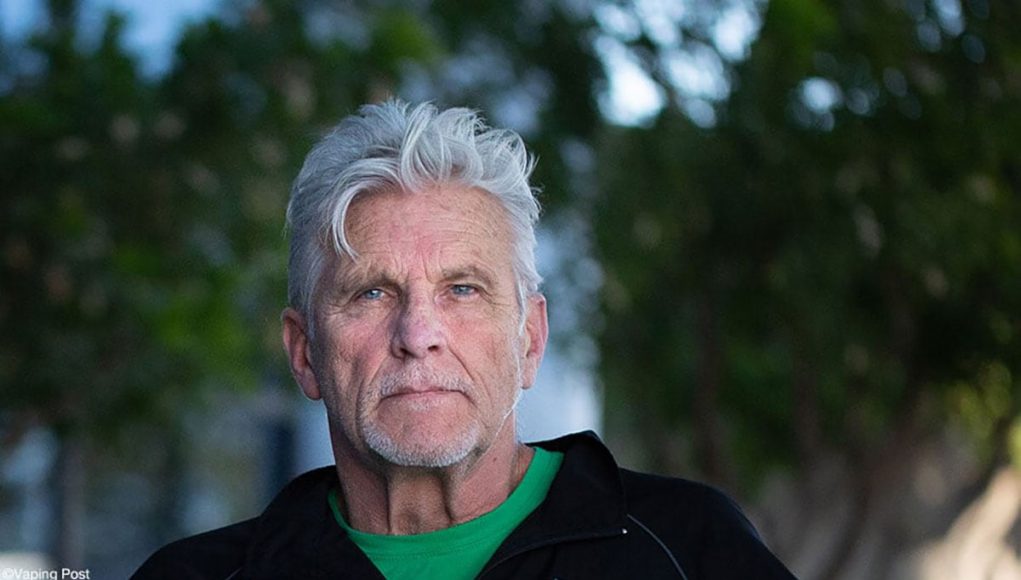 Last weekend, Vaping Post’s founder Ghyslain Armand was at the Vapexpo exhibition in Las Vegas. Before he had even landed, Ghyslain was informed that someone would like to meet him, and not long after he had arrived in Vegas, he found himself shaking hands with the most renowned ex-smoker in the United States, the “Winston Man”.

In the 80’s, before the Big Tobacco litigation scandal broke, David Goerlitz was an attractive advert model for the Winston brand, who was filmed carrying out various physical activities whilst smoking. However, eventually Goerlitz did a total U-turn. “My brother had cancer and I could not continue to promote a product that was killing him,” he recalls. After his last cigarette, the Winston Man made headlines by becoming the symbol of American tobacco control.

From model to activist

Since 2007, he has been conducting talks about the risks of smoking, for young people across schools in the US. Additionally, following the advent of vaping he has become an advocate for using the devices as smoking cessation tools. 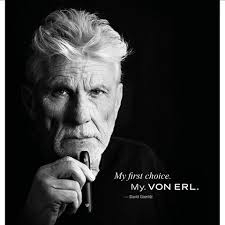 Following the release of the movie A Billion Lives, Goerlitz had become the face of the brand Von Erl. “Von Erl was one of the sponsors who financed the premieres of the film,” explained the actor, who now had gone full circle from being the face of a cigarette brand, to being the face of a device which could combat smoking. “I have always found pods very interesting, they are easy to use, accessible, and you do not have to be an engineer to use them, just like me,” added Goerlitz.

Von Erl. bought by a subsidiary of the same tobacco company that owns Winston

However, in an ironic twist of events, six months later, Von Erl was acquired by Fontem Ventures, a subsidiary of Imperial Brands, and renamed “Blu“. The electronic cigarette that Goerlitz admired for its simplicity and efficiency did not change in any way, however the actor rightly did not want to be affiliated with the deadly tobacco industry, from which he had chosen to sever ties 38 years earlier.

David Goerlitz was outraged by the fact that Von Erl. would sell its product to a company that makes $159 billion a year by selling deadly cigarettes. “What are you doing to me? Imperial now owns Winston. Looks like I’m working again for Big Tobacco!” retorted Goerlitz in an angry phone call with the Austrian e-cig manufacturer. Subsequently he terminated his contract with them. 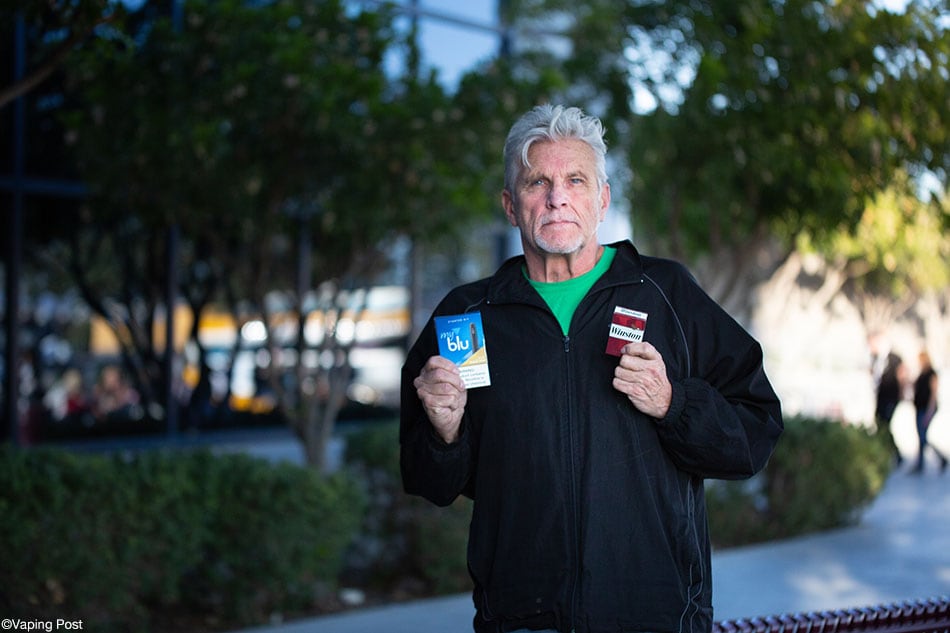 The former Winston Man is convinced that all big tobacco companies care about is controlling the market. “Tobacco companies which continue to sell their deadly cigarettes and suddenly offer their customers electronic cigarettes, clearly do not care about us. E-cigarettes simply allow them to improve their image,” he points out.

Sadly, in line with what several public health experts have previously pointed out, Goerlitz pointed out that current US regulations are serving only big tobacco companies, as they are the only ones who can afford the lengthy and expensive licensing procedures. “They are almost the only ones who can afford US marketing approvals and they have a very clear vision of the situation. The story is already written.”

“The independent vape industry is serving the market on a silver platter to the tobacco companies,” explained Goerlitz. “The big tobacco companies will seize it to control the few percentages of vapers they have in their customer portfolio. They want to keep the tobacco monopoly and include the vaping industry.”

Upon leaving the meeting with this inspiring man, the Vaping Post’s Ghyslain recalls feeling a sense of contentment. “I go back to my hotel with the feeling of having a beautiful story to tell, a story that makes sense. David Goerlitz told me a dozen times that he wants us to work together.”

“That’s what we’re doing David,” replied Ghyslain, “We’re going to explain to people that it’s interesting, that the tobacco companies that are also selling e-cigarettes, are not part of a process of public health, and wherever it is, tobacco will always lead its macabre dance. Only the costume changes.”

* The Smoke-Free World Foundation, led by former WHO Director of Tobacco Control , Derek Yach, is funded by Philip Morris International for $ 80 million annually for 12 years.

** In 2018, RJ Reynolds reportedly spent $ 12 million on an information campaign in San Francisco to counter the ban on flavors in tobacco and e-liquids, taking advantage of a common interest with the vaping community.