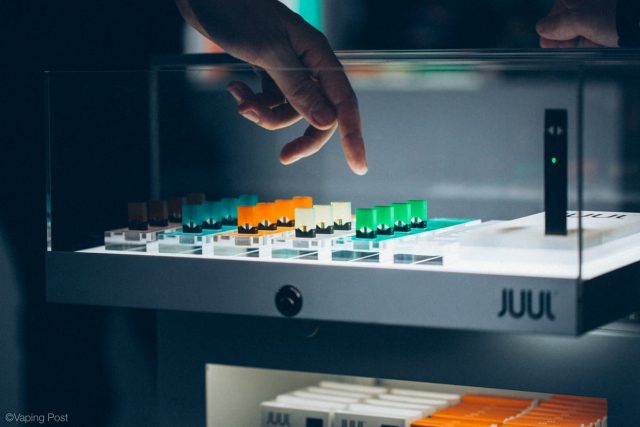 Juul Labs, one of the largest e-cigarette manufacturers in the world, released a statement to news media on September 4 announcing the company’s support for a flavor ban recently instituted by Michigan Gov. Gretchen Whitmer, a Democrat.

Whitmer utilized her executive power to ban the sale of flavored e-cigarettes. Juul, in-kind, responded with the full support for aggressive policies targeted at reducing youth uptake of e-cigarettes.

“As governor, my number one priority is keeping our kids safe,” said Whitmer in a previously released statement sent to Vaping Post. “And right now, companies selling vaping products are using candy flavors to hook children on nicotine and misleading claims to promote the belief that these products are safe. That ends today.”

“Gov. Whitmer’s action will protect Michiganders, particularly the state’s youth, from the known and unknown potential health risks of e-cigarette use,” Brown said.

Despite the fact that there are various studies that show flavors help smokers switch from cigarettes to vapes, the policy was still implemented. Offhand, consider the conclusions of Greek cardiologist Konstantinos Farsalinos of the Onassis Cardiac Surgery Center in Athens.

Farsalinos wrote in a document submitted to the United States Food and Drug Administration that thousands of American vapers prefer non-tobacco flavored e-liquids and vape products over traditional tobacco characterized flavors like mint and menthol.

“Non-tobacco flavors, especially fruit and dessert/pastry/bakery flavors, are the most prevalent choices of the adult established, dedicated US e-cigarette users,” Farsalinos wrote in the submitted document, citing a study that he conducted on 70,000 American vapers. In the same document, he indicated that such a study is the largest survey of its kind conducted to date.

Juul, however, has adopted regulatory positions that position the controversial company (even in the industry) as an outlier to vaping regulations. These policy changes include support for the costly premarket tobacco product approval process in its current form and Tobacco 21 legislation. Many industry groups, including the Vapor Technology Association (VTA), oppose those policies citing concerns that smokers aged 18 to 20 will lose legal access to safer nicotine products and other alternative tobacco products like snus.

As I commented late last month, Juul left the VTA because of disagreements on policy.

Below, I have posted the full statement sent to Vaping Post by Ted Kwong, a Juul spokesperson.

“While we have not reviewed the full decision, we believe that strong and serious actions need to be taken around certain flavored products which is why we already stopped selling our non-tobacco/non-menthol based JUULpods to traditional retail stores, strongly support FDA’s draft guidance and are aggressively fighting against counterfeit and compatible flavored products which can appeal to youth and can be made with unknown ingredients, under unknown quality and manufacturing standards. There is simply no place for kid-appealing flavors in the marketplace. That is why we would also support an outright ban on such flavors, including those that mimic kid-specific candies, foods, and drinks.

“As for menthol-based products, including mint, we believe that to encourage adult smokers to switch from combustible use, the number one cause of preventable death in the world, they should be available at retail alongside tobacco and menthol-based cigarettes. To restrict youth access even in these stores, we strongly advocate for Tobacco 21 laws and are working with retailers to implement the strictest age-verification point-of-sale standards ever imposed for an age-restricted product at retail, far exceeding those in place for other tobacco products or for alcohol. Under JUUL Labs’ Retail Access Control Standards (RACS) program, a point-of-sale system at retail immediately locks when a JUUL product is scanned and remains locked until a retailer electronically scans a valid, of-age government-issued I.D. to verify both the age and the I.D. validity.”