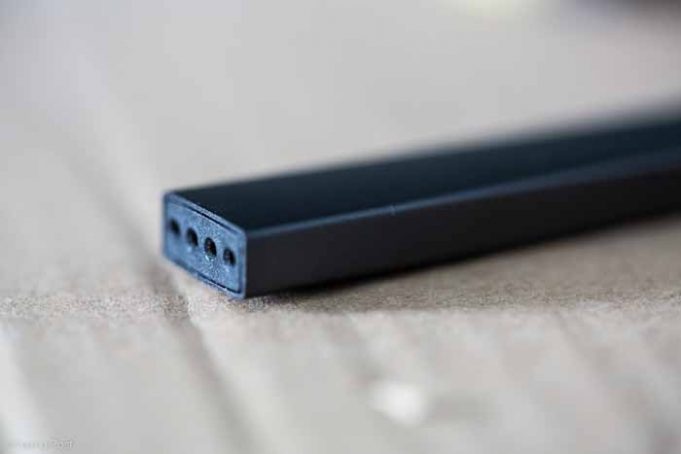 “The JUUL users we studied obtained blood nicotine concentrations almost three times as high as most of the e-cigarette users we previously studied,” Yingst said. “JUUL’s nicotine delivery is very similar to that of cigarettes.”

“In previous work, we determined that JUUL delivered lower levels of some harmful chemicals than cigarettes and even some other e-cigarettes.” John Richie, PHD, study author

To conduct the study, six regular JUUL users were asked to puff on their device every 20 seconds for ten minutes for a total of 30 puffs, and blood was collected at intervals during and after vaping to test it for nicotine levels.

Additionally, the participants were asked to rate their withdrawal symptoms and other subjective effects like craving and anxiety both before and after vaping. The participants also completed the Penn State Electronic Cigarette Dependence Index, a questionnaire that measures the level of addiction to electronic cigarettes. In the survey, JUUL users self-reported higher nicotine dependence in comparison to 3,000 users of other electronic cigarettes.

“In previous studies, we found that e-cigarette users were less addicted than smokers,” said co-study author Jonathan Foulds. “However, the high nicotine delivery of the product and the scores on this study suggest that JUUL is probably as addictive as cigarettes.”

Ideal for smokers but a threat to non-smokers

The researchers concluded that the highly addictive nature of the devices makes them a threat to non-smokers, but effective smoking cessation tools for existing smokers, posing a dilemma for public health experts. “This type of product is likely addictive and is attractive to teenagers. But those same qualities that make it addictive may enable it to help adult smokers switch to a much less harmful form of nicotine consumption.”

“In previous work, we determined that JUUL delivered lower levels of some harmful chemicals than cigarettes and even some other e-cigarettes,” added John Richie, PhD, co-author of the study and professor of public health sciences at the College of Medicine.