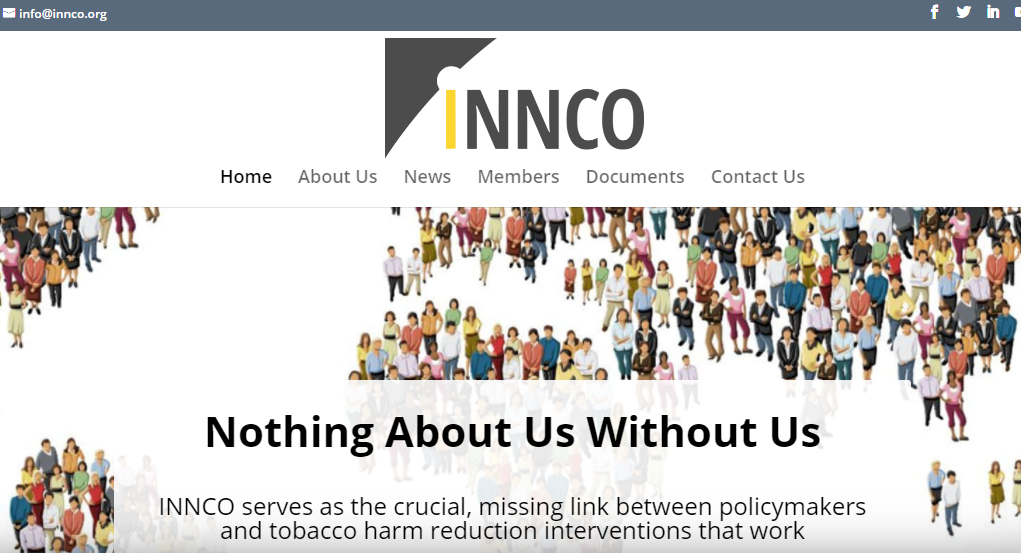 Two members of the House of Representatives were recently forced to suspend public consultations on vaping and heated tobacco products, after the Philippines FDA, was forced to admit that it had received a grant from the Union and Bloomberg Initiative.

“There is also an element of corruption aided by the Bloomberg NGOs, who are co-opting tobacco policy through the sheer force of money.”
Both groups are known to be against all forms of nicotine products, including safer alternatives which are helping millions quit smoking. “The Union co-manages the Bloomberg Initiative to Reduce Tobacco Use Grants Program, which awards funds to projects delivering high-impact tobacco control interventions in low- and middle-income countries,” said Rep. Estrellita Suansing during a virtual consultations’ session, which took place on October 8th.

Recently appointed President of the International Network of Nicotine Consumer Organisations (INNCO), Samrat Chowdhery, spoke of the influence exerted by non-government organizations backed by the Bloomberg Initiative, on regulators.

“There is also an element of corruption aided by the Bloomberg NGOs, who are co-opting tobacco policy through the sheer force of money. The legislators in Philippines recently questioned the conflict of interest in their FDA receiving funds from these NGOs while pushing anti-vaping policy,” he said during the recent virtual presentation of “Burning Issues: The Global State of Tobacco Harm Reduction (GSTHR) 2020” published by UK public health agency Knowledge Action Change (KAC).

The importance of safer alternatives in low income countries

The GSTHR report listed various kinds of opposition to low-risk products, by anti-vaping organizations such as the position paper by the influential Paris-based Union which called for a ban on vaping and HTPs in low- and middle-income countries.

“This is of course, highly discriminatory, will increase health gaps between western and developing nations, and is a prime instance of the philantro-capitalism kind of thinking that is highlighted in the GSTHR report,” said Chowdhery.

Moreover, this argument naturally goes against the reasoning of public health experts who argue that if anything, the availibility of safer alternatives is even more crucial within low income communities where people have less access to health care and smoking cessation services.

Chowdhery said that now this anti-tobacco harm reduction war is now also closing in on oral nicotine pouches. “We are seeing attempts to ban them in Baltic countries and the Bloomberg network is doing the same in Africa by spreading misinformation and overstating risks without any concern that they are affordable, less risky and effective in helping smokers switch.” In fact the products have recently been banned in Kenya and in New Zealand.

The FDA should not be accepting funds from biased groups

Clarisse Virgino, the Philippines’ representative to the Coalition of Asia Pacific Tobacco Harm Reduction Advocates (CAPHRA), has also recently voiced her shock at the FDA’s funding admission. “It comes now as no surprise that the Administrative Order drafted by the FDA, if adopted, would virtually constitute a de facto ban on vapes and HTP,” she said.

“The FDA agenda is crystal clear. For the 16 million Filipino smokers, the only option is to quit or die. To the 1 million vapers, go back to smoking cigarettes,” she added.

Virgino said the funds received from anti-vaping groups would jeopardize FDA’s treatment of tobacco harm reduction products such as e-cigarettes and HTPs. “E-cigarettes and heated tobacco products are not pharmaceutical products and should not be regulated as such. What we need is a fair and risk-proportionate regulation that will encourage smokers to reduce their exposure to smoke which is the one that causes all these diseases,” she continued.

Regulations should be based on science not political agendas

Similarly, Dr. Lorenzo Mata Jr., president of the advocacy group Quit For Good, said that science should be the basis of such decisions and regulations, not political agendas. “The greater the risk to one’s health, the stricter the regulation, not the other way around,” Mata said. “The World Health Organization has conceded before the Philippine Congress that e-cigarettes are substantially less harmful than cigarettes. So why regulate them the same as cigarettes?” he added.