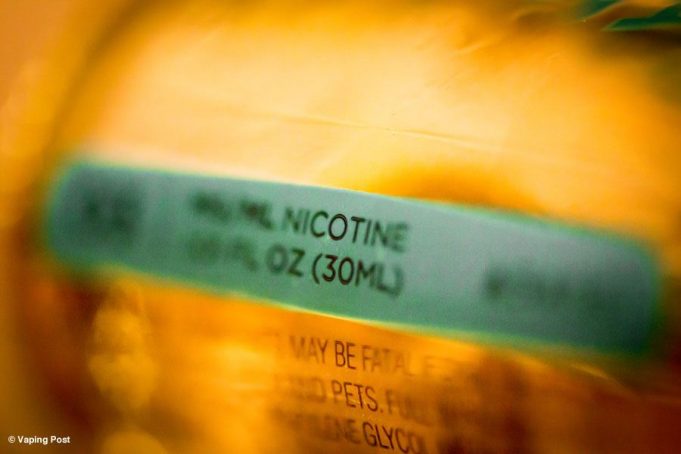 “The U.S. Centers for Disease Control and Prevention is out with a false advertisement telling kids that ‘Nicotine in e-cigarettes can harm brain development.’ The headline says, ‘It’s not like you can buy a new brain.’ To make it accurate, I’ve added ‘…for your pet mouse’,” read the opening paragraph of an article by Professor Rodu.

The THR expert said that sadly, we only have evidence of this brain harm that the CDC is referring to, in mouse subjects via studies conducted in labs. “The harm in brain development federal officials talk non-stop about only happens in laboratory torture of mice. Mouse studies are well known to be of questionable value in predicting human effects,” he emphasized.

Rodu went on to explain that to date there is absolutely no evidence of harm from nicotine on the brains of human subjects. “There is absolutely no scientific evidence to support the claim that nicotine causes harm to human brain development, so it is astounding that federal officials traffic in this false narrative.“

There is no evidence indicating that nicotine harms the human brain

“This nonsense is an affront to 34 million adult current smokers and 55 million former smokers in the U.S., virtually all of whom started when they were teenagers. There is no evidence that their brain development was harmed, a fact that was specifically acknowledged by a prestigious nicotine researcher Dr. Neal Benowitz at an international tobacco meeting this week.”

Nicotine may actually have a protective effect on the brain

To add insult to injury, there are actually several studies highlighting nicotine’s protective ability on the brain. A 2016 study published in the Open Access Journal of Toxicology, had found that Nicotine could play a vital role in preventing obesity, which in turn prevents brain shrinkage, and may also protect from the onslaught of Alzheimer’s and other neurological disorders.

Additionally, a recent review of studies on the topic, indicated that the consumption of nicotine may alleviate symptoms of depression. The paper referred to a 2002 study found that a transdermal nicotine treatment for 4 days decreased depression symptoms and increased REM sleep time in patients. Other studies have indicated such results, hence researchers have suggested that since the habit has a positive effect on one’s mood, depressed smoking individuals may require additional help to quit.