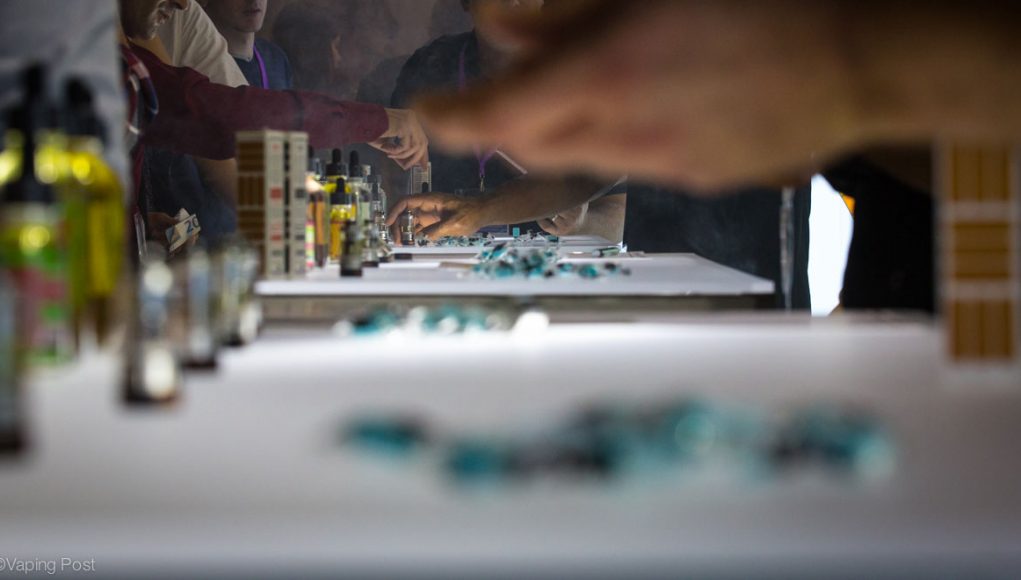 As Wales was heading into a second lockdown last fall, the Independent British Vape Trade Association (IBVTA) had shared the view of Professor John Britton from the University of Nottingham, and former Chair of the Royal College of Physicians Tobacco Advisory Group, as to why vape stores should be deemed essential retail outlets.

“Every year, over 70,000 people across the UK die of a smoking related illness, and smoking is the largest single cause of avoidable early death in Wales. In 2018, around 5,600 deaths in people aged 35 and over were attributable to smoking, which is 16.5 percent of all deaths in this age group.

Reducing the health impacts of smoking is a recognised policy priority for the Welsh Government. Smoking remains one of the main causes of health inequalities in Wales, with smoking rates in the most deprived areas more than double to those in wealthier areas. Providing ready access to safer alternative products should be at the forefront during consideration by governments as to which businesses are deemed essential and permitted to remain open.

Almost all of the UK’s 3.2 million vapers are ex-smokers or current smokers. These vapers have replaced entirely or are reducing their combustible tobacco dependence with a much safer (and less addictive) alternative. However, the vast majority of those vapers are still addicted to nicotine at least to some degree, and in many cases are reliant on their local vape shop to ensure continuity of supply.

Should e-cigarettes, e-liquids and associated accessories not be readily available, a proportion of those vapers will be very tempted to buy a packet of cigarettes to tide them over, and the proportion that are currently using both e-cigarettes and cigarettes will revert entirely to smoking rather than vaping. Despite plain packaging for combustible cigarettes, and the display restrictions imposed on the product set, cigarettes are still available in a huge range of outlets, and are far more easily accessible than vaping products.

Unless one has made the journey of moving from smoking to a less harmful alternative, it can be hard to understand the distress that such a situation can cause to an ex-smoker. Our members are close enough to their customers’ experience to understand it completely. More importantly, addiction to combustible tobacco is both extremely harmful, and much easier to move towards than away from.”

Only last October, the government-funded campaign Stoptober, was urging smokers to quit cigarettes by switching to vaping.
The UK’s second nationwide lockdown which forced all non-essential retailers and services to close between November 5th and December 2nd, had been met with disappointment by the vaping industry, as the necessity of vaping products as smoking cessation aids was once again ignored. Sadly, this is the case once again.

Earlier this month, British Prime Minister Boris Johnson announced the third lockdown in England, which started two weeks back and will last until around mid-February. In Johnson’s fourth address since the pandemic began, he said that given that the new strain of the coronavirus is between 50% and 70% more transmissible, the situation is all the more “frustrating and alarming.”

The UK fully endorses the use of vapes as smoking cessation and/or harm reduction tools, and it is a well known fact that the pressures brought about by the pandemic are leading to a lot of smoking relapses. To this effect, public health experts have been pointing out that closing vape shops at this time is particularly nonsensical. Only last October, the government-funded campaign – Stoptober, was urging smokers to quit cigarettes by switching to vaping.

“Only last month the Government-backed Stoptober campaign was encouraging smokers to quit, including through taking up vaping. Those who took up the challenge during the month now do not have access to the same level of support and products from their local vape stores. We will be making these points strongly to the government on behalf of the industry and asking them to reconsider their stance on vape stores and reclassify them as essential in future,” argued John Dunne, Director General of the UKVIA last November, ahead of the 2nd lockdown.

Juul Investors Bail Out The Brand to Avoid Bankrupcy

Business Diane Caruana - January 4, 2023 0
Juul plans to lay off about a third of its global staff.Juul has recently agreed to pay $438.5 million to settle a multi state...
Load more