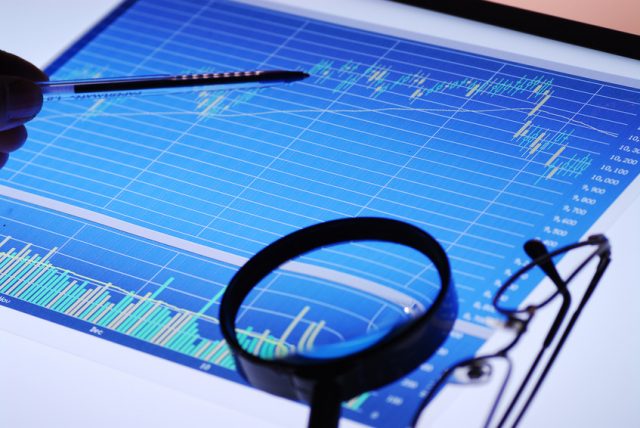 With such a title “Is vaping a gateway to smoking: a review of the longitudinal studies“, one can at least expect to finally get a clear answer to this controverted question. Unfortunately, it remains unresolved. And the reason is simple: the scientific material employed to address the question is as weak as the power of the present study.

The authors, K. Chatterjee, B. Alzghoul, A. Innabi and N. Meena from the University of Arkansas for Medical Sciences, conclude that “This review highlights the strong evidence that not only are ECs not an effective tool for smoking cessation among adolescents, they actually are associated with higher incidence of combustible cigarette smoking.” However, the causal relationship that precludes to a gateway effect is absent from the conclusion.

From a scientific point of view, this cannot be called a review of longitudinal studies, as suggested by the title, but an overview article of four specific longitudinal studies. It brings nothing new to science and fails to report on the current debate that the cited literature has created at the time it has been published. This is one aspect that should have been pointed out during the peer-review process to reject the publication of this study.

The authors extracted from the data sources PubMed, Google Scholar, Scopus and Wed of Science longitudinal studies that were pertinent with their criterions:

Without exception, each of these four publications has been the object of criticism by tobacco experts who expressed vigorous disagreements with written conclusions.

Firstly, the use of a weak indicator of e-cigarette use, “ever use”, a concept that considers a vaper someone who, within the last 30 days (or even a longer period), declares he/she puffed on an e-cigarette. Similarly, he/she suddenly becomes a regular smoker if he/she smoked one cigarette during the same time. Such an indicator rather describes teenagers’ willingness to experiment, which (experimentation) is a normal behaviour. In Leventhal et al.’s subset, for example, 109 out of the 222 respondents who vaped also declared using drugs like marijuana, which is an indication of a certain degree of rebelliousness and a hothead behaviour.

Secondly, it is not possible to conclude that smoking is caused by prior e-cigarette use from this type of data. The association between e-cigarette use and smoking does not imply that smoking is the result of vaping. The simple correlation or coincidence often leads authors to conclude on a potential gateway effect, using the conditional tense, but this in no case is a statistical truth. Nevertheless, it is what is exploited in the media headlines.

Thirdly, all the above-mentioned studies rely on self-reported data without any confirmation by ancillary physiological measurements on participants. Nicotine, for example, is not reported to be used in association with e-cigarette and is further highly suspect in the study carried out in Switzerland, where nicotine e-liquids are illegal.

Let’s put the longitudinal studies back in their context

Published in August 2015 by Leventhal et al., the study underscored why the FDA and the White House had to act quickly: to protect US kids and finalize a long-overdue rule to regulate all tobacco products, including e-cigarettes. The publication was released concomitantly with a CDC report showing that e-cigarette use among the youth had tripled between 2013 and 2014. So, it is very likely that this JAMA publication responded to a political agenda and its conclusions distorted to match the objective of the Campaign for Tobacco-Free Kids: demonize e-cigarette use.

The authors however acknowledged “we cannot conclude that e-cigarette use directly leads to smoking“, and recommend further studies to be conducted to determine whether the observed link between e-cigarettes and smoking initiation is causal. Despite such warnings, the media sealed the case into a gateway effect and the campaign drew its own conclusion, that e-cigarettes are leading youth to try real cigarettes and to become addicted to them.

Furthermore, a recent study published by J. Barrington-Trimis et al. intrigued tobacco specialists, among them Michael Siegel, because the Californian panel surveyed showed very different patterns for vaping and smoking compared to the rest of the country. It is the same Californian panel that was surveyed by Leventhal et al. and was qualified “atypical” by Dr Michael Siegel when compared to the nationwide Monitoring the Future survey.

Beware, the Californian garden does not hide the US forest!

The results, published online by Primack et al., and scheduled for the November 2015 print issue of JAMA Pediatrics, were particularly timely as the US FDA was considering how to regulate e-cigarettes. “E-cigarettes are not subject to many laws that regulate traditional cigarettes, such as age limits on sales, taxation and labelling requirements. They also come in youth-oriented flavorings that laws have limited in traditional cigarettes, such as apple bubble gum and chocolate candy cane,” said to Sciencedaily the lead author Brian A. Primack at the time his article was released.

In the Wills et al.‘s publication, part of the answers (44%) were predicted by an algorithm and treated as if students had self-reported their patterns, a protocol that was closer to a cross-sectional study at two points than to a longitudinal study of the same population over one year. When adjusted for the frequency of use, the regular vapers switched from 2% to 3% and the regular smokers from <1% to 1% and experimenters (occasional users) of e-cigarette from 29% to 35% and of conventional cigarettes from 15% to 20%. So yes, with time more teenagers experimented electronic or conventional cigarettes. But in no case such study could address the issue of a gateway effect from vaping to smoking.

The Gateway Effect of vaping: A hot topic in Hawaii

The Gmel et al.‘s study addresses smoking and vaping patterns among young adults around 20 years old (mostly males), since they were surveyed while being incorporated in the Swiss army. The population that they surveyed was composed of 5% vapers and 45% smokers at follow up (T1) but e-cigarette use was not investigated at baseline (T0). The authors either called “e-cigarette users” or “vapers”, the participants who reported having used e-cigarettes in the previous 12 months, as evaluated at the end of the study. However frequency of e-cigarette use, type of e-cigarette or even whether the participant used nicotine or not were not specified by the authors. The latter is the most suspect since the sale of nicotine e-liquid is illegal in Switzerland.

Are longitudinal studies an effective way of damping the ongoing debate on vaping?

Are the conclusions of this “review” relevant? – Definitely not.

“Nevertheless, these studies should prove to the policy makers the public health risks posed by EC use.“, write the authors. This type of statement is not relevant and should not appear in a scientific publication. In the abstract, the political stance is even more provocative and, in the current political context of US vaping, sounds like a message in favor of the FDA’s deeming regulation: “Policy makers need to recognize of the insidious nature of this campaign by the tobacco industry and design policies to regulate it“.

Most policy makers are already aware (convinced?) that e-cigarette vapor is not as safe as pure mountain air. They are interested in the absolute risk of vaping to take decisions. Only the wisest ones are conscious that even the cleanest air in our cities is not safe, and that the relative risk of vaping compared to smoking is the compromise that needs to be made to reduce prematured death caused by smoking, worldwide.

The authors also allude to “A large meta-analysis published in the Lancet in January 2016, showed that EC use was significantly associated with less quitting among smokers“. A reference to the Kalkhoran and Glantz 2016’s meta-analysis that raised lots of controversies and whose conclusions shocked as many tobacco specialists in the USA as in Europe.