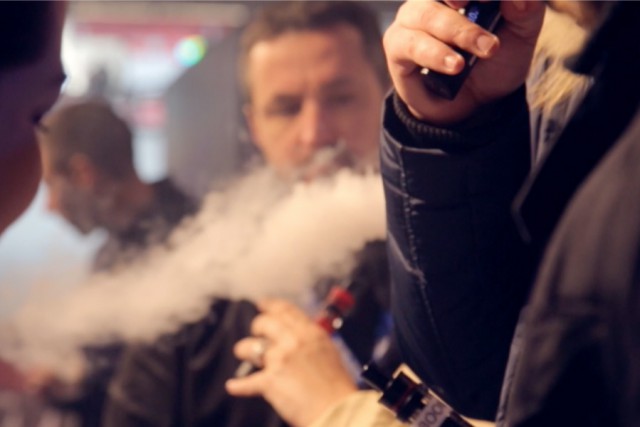 Vapers in New York state have been braced for the worst over the last few weeks as Governor Andrew Cuomo prepared to bring in a series of harsh restrictions as part of his new budget package. Among other things, Cuomo planned to:

Governor Cuomo’s sister Margaret is a celebrity doctor, and in 2016 she became notorious among vapers after making a video for the Huffington Post claiming that vaping is “at least” as dangerous as smoking. Until the weekend it looked as if Cuomo was going to use the budget to push his sister’s anti-vaping agenda.

However, in a surprise move, last week Cuomo announced that he would delay the budget deadline until the end of May following discussions in the state legislature. It’s been speculated that opposition, including a well-run campaign by the New York State Vapor Association, could have been giving legislators second thoughts about the tough new laws.

Now sources within the legislature have told NYSVA that the anti-vaping provisions have been cut from the budget. Initially the 40 cent tax was revised down to 10 cents and the other measures scrapped; now it seems that the reduced tax has been eliminated, too. If this holds until the final version of the budget it will be a major victory for the state’s vapers.

The USA is “leading the world” by imposing a total vaping ban on passenger aircraft since March 2016 – a move that’s caused a lot of resentment, as there’s no reason to think vaping on a flight poses any risk to other passengers. Now the controversial legislation is being challenged by the Competitive Enterprise Institute, a libertarian think tank.

CEI argues that the Department of Transportation has no right to impose their ban. The DOT says that it’s acting under a 1989 Congressional authority to ban in-flight smoking, but the department admits that e-cigarettes don’t produce smoke. CEI says this means they can’t be included in the ban and accuses the DOT of rewriting federal law to suit themselves.

Last April CEI, along with CASAA, filed a lawsuit challenging the DOT’s vaping ban. On Monday the case moved forward as the CEI’s legal team argued their case in court. While a victory probably wouldn’t change much for flyers – most airlines had already banned in-flight vaping anyway – it would be a block in the way of legislators who want to bring vaping under existing smoking laws.

Scientists at the University of Technology, Sydney claim to have found evidence that vaping during pregnancy increases the risk of allergic asthma in newborn children. The work has been seized on by the Thoracic Society of Australia and New Zealand, who have campaigned against the legalisation of nicotine e-liquids in both countries.

One obvious problem with the study is that it doesn’t compare the alleged effects of vaping during pregnancy with the known effects of smoking. Very few vapers are never-smokers, and the evidence shows that women who vape during pregnancy would otherwise have been smoking – with a much greater risk.

The study is also based on mice and cell cultures, and doesn’t necessarily translate to humans at all. Without more research in a more realistic scenario it doesn’t actually tell us anything useful. However, TSANZ president Professor Peter Gibson is using it to argue against lifting the nicotine ban – which New Zealand recently decided to do, although Australia insists on keeping it in place for now.

The latest figures from the CDC show that switching to vaping is now the most popular quit method in the USA after cold turkey or gradually cutting down – making it more popular than all FDA-approved quit aids. Despite the impressive numbers CDC still say that more research is needed into the effectiveness of vaping.

Great article. As an American, I would have to say you are somewhat correct by claiming the US is leading the fight on banning Vapor, but I think America is winning the fight in spreading misinformation by using reputable sources at an unprecedented rate (which is even scarier on a broader social perspective). As of today, I think Australia is leading the world in trying to ban vapor because they pretty much have prohibited Australians from selling or buying it in country/continent! However they are able to buy it only online? So shady. That is overkill – being overly dramatic – former shop or liquid businesses private houses were raided by direct action forces like they were druglords or something – thank God America has not got to that point. At the same time, I would not be surprised if Australia’s being advised and largely influenced by US sources – for instance one of the big tobacco companies lost a huge lawsuit against the Australian government in reference to the plain packaging situation – perhaps they struck a deal? who knows? we will never know actually, but I would not be surprised due given the amount of corruption and misinformation – I have never seen so much for something so harmless. Nice work here! All that proves is that Americans are even more ignorant than the rest of the world already knew we were ??????