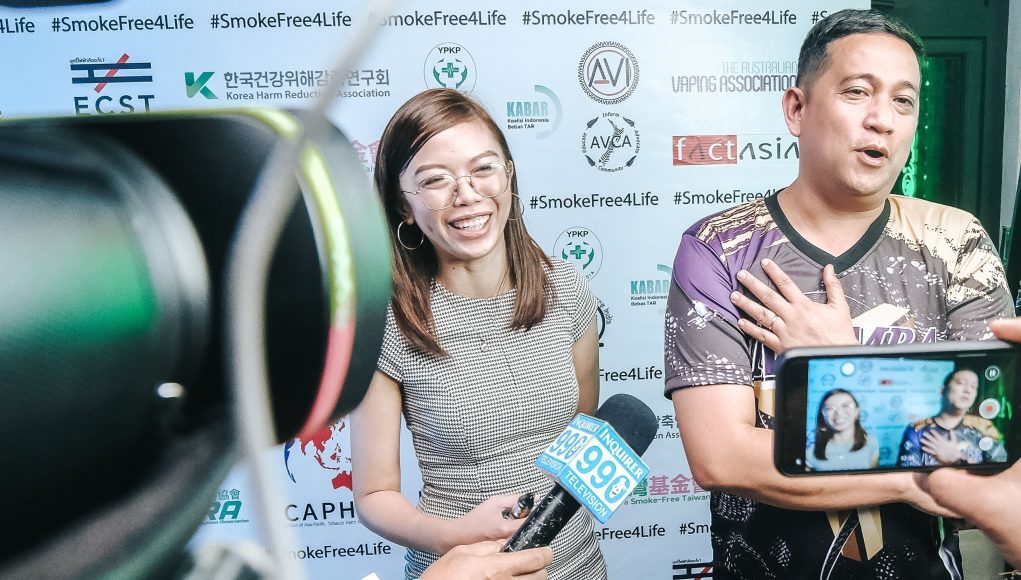 Facebook
Twitter
Pinterest
WhatsApp
House Bill 9007, aims to regulate the sale and manufacture of vaping and heated tobacco products, and prevent sales to minors.
“The world is watching as the Philippines Senate looks set to approve the most progressive and risk-proportionate vaping legislation in Asia Pacific. We’re hoping other countries in the region will then follow their lead,” said Nancy Loucas, the Executive Coordinator of the Coalition of Asia Pacific Tobacco Harm Reduction Advocates (CAPHRA).

Last May, the House of Representatives for the Republic of the Philippines passed the Non-Combustible Nicotine Delivery Systems Regulation Act also known as House Bill 9007, aimed at regulating the sale and manufacture of e-cigarettes and heated tobacco products. Co-authored by 154 in the 300-man chamber for the House, the bill aims to prevent sales to minors.

President of consumer group Vapers PH and CAPHRA member, Peter Dator, describes the bill as a massive turnaround from the previous prohibitory approach and proposed ban, and hopes the Senate will pass the legislation by September.

Loucas highlighted that the hard work of local consumer and THR advocates are paying off. “Consumer advocates in the Philippines have worked constructively with legislators and officials. They promoted the regulation of e-cigarettes as a consumer product and advocated for a purchase age of 18. They successfully argued that adult smokers keen to quit tobacco need reasonable access to safer alternatives. Also, that product safety standards are critical,” she said.

Dator pointed out that given that nearly 90,000 Filipinos per year die from smoking-related diseases every year, he believes that most Senators will take into account the importance of these regulations. “This needs to get passed to ensure millions of Filipino smokers continue to have access to safer nicotine products. At the same time, existing vapers must maintain access to their product of choice to keep them from going back to cigarettes,” he said.

Loucas added that she hopes that other Asian governments whose countries suffer some of the highest smoking rates across the globe, will follow this example and adopt sensible Tobacco Harm Reduction policies. “This move will only strengthen the Philippines’ independence as it shakes off any remaining vestiges of foreign influence on its public health policies. In recent years, we’ve seen American billionaires and their so-called philanthropic foundations fuelling anti-vaping sentiment around the world. It’s well established that the Philippines has been a target. As this landmark legislation nears its final hurdle, outside pressure will again pile on, but Senators can be confident their positive action will undoubtedly save thousands of Filipino lives,” she said.

A number of local groups have applauded the passage of the bill, and have been launched the successful viral campaign, “We Vape, We Vote!” which appeals to President Rodrigo Duterte to sign the Vape Bill into law.