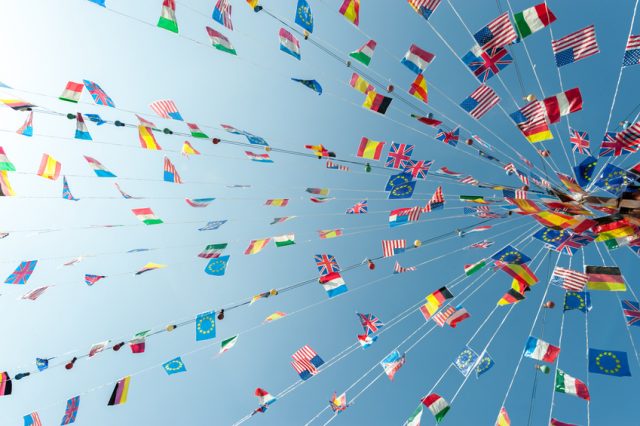 Until now, as a consumer product, the e-cigarette was only subject to VAT. There are several evidences that with an e-cigarette market in expansion, like in France or in the UK, tax revenues from tobacco will decline. The decline in smoking reflects how dependent Member States’ budgets are on tobacco levies. It is therefore tempting to replace a tax revenue by another and vaping products are the ideal candidates for that.

Last March, the European Finance Ministers asked The European Commission for an “appropriate legislative proposal” for increasing taxes on e-cigarettes. The constraint is to propose taxation on e-cigarettes while maintaining the “right balance between the revenue, expenses of tax administration and public health objectives”. We are looking forward to seeing, in 2017, what a “right balance” is for the European Commission when Public Health Safety is on one side of and the main cause of prematured death on the other.

While e-cigarette advocates and some physicians regard the e-cigarette as a viable alternative to tobacco, some governments suggest that e-cigarettes, since they are clustered together with tobacco products, can be taxed like tobacco, in complete disregard of Public Health.

Increasing levies on vaping would accentuate this disequilibrium, as pointed out by a recent study that found vaping product prices sometimes less competitive than smoking tobacco, and even drive vapers back to smoking, declares some associations. In the USA, for example, many States have decided to tax the product. There are several ways of taxing e-cigarettes and a tax per millilitre of nicotine-containing e-liquid is one of the most obvious way. More drastic is the computation without any reference to nicotine strength. Other approaches based on the concentration of nicotine in e-liquids may be envisaged with equations of increasing complexity, like in Italy where a formula estimates the number of puffs per millilitre of e-liquid to line up taxation with cigarettes (LD 188, Dec 2014). This latter taxation is half way between a consumer product, which e-cigarette has been so far, and a tobacco product like traditional tobacco cigarettes. As a healthier substitute to smoking, a favourable tax treatment would logically apply to the product and become the norm. If a tax is imposed by the government, it should be light not to set the product in a competitive disadvantage compared to the more toxic cigarette. And the levy should ideally be re-injected into the scientific research in this sector, an argument defended by Prof J-F. Etter in his book.

The vaping sector protest against the levy on vaping products that, they say, favors large companies in the tobacco industry.

Here below are some of examples of taxes on e-liquids, with reference to the nominal value and the offset corresponding to an e-juice bottle of 10 ml and of nicotine strength 20 mg/ml, the maximum volume and strength allowed in the EU.

Greece (not yet released)

The VAT will increase from 23% to 24% as of July 1, 2016. Excise taxes will apply to electronic cigarettes on January 1, 2017 but the way it will be calculated is not yet released.

In practice, this would bring the 10 ml e-juice bottle €2.20 higher and more than double the current price of e-liquid.

Italy (no yet released)

Based on our understanding, the taxation has been postponed until the right amount of taxes is determined, based on the formulation: “subject to excise duty and to an extent equal to fifty percent excise levied on the equivalent quantity of cigarettes, with reference to the weighted average price of a kilogram of conventional cigarettes”. A workgroup was constituted to address the issues related to regulating vaping products.

On July 1, 2016, Latvia applies a complicated formula to e-liquids that takes into account the nicotine present in the bottle: €0.005 per milligram of nicotine in addition to €0.01 per millilitre of liquid.  A 10 millilitre e-juice bottle of 20 mg/ml nicotine, the maximum volume and strength allowed by the EU TPD, would thus be taxed €1.10 (€0.11 per millilitre).

Portugal is so far the member state that decided to tax e-juices at the highest rate (€0.60/ml) which sets the offset to €6.00 for a 10 ml e-juice bottle.

In Slovenia, a law adopted on June 21, 2016 will tax nicotine-containing e-liquid by €0.18 per millilitre or €1.80 per 10 ml e-juice bottle. E-juices without nicotine should not be taxed, if one refers to the text.

In a recent article published by EcigIntelligence, Barnaby Page and Elba Manzanilla Zapata put forward that the countries that tax e-liquids tend to be smaller nations of the eastern Europe and that taxation is generally well correlated with on online sale bans and cross-border import. These countries aim at regulating the product tightly.