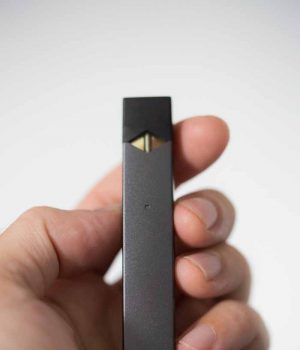 The device has so far proven popular with South Korean consumers, with local media organisations reporting that it has already sold out from many stores in Seoul. “We intend to be available to all smokers in Asia in some sort of mid-to-long-term time horizon,” said Juul’s Asia Pacific vice president for international growth, Ken Bishop.

“The exact path that we get there is going to depend on how we execute as a company, also how regulators treat the products. For the remainder of the year, we expect to be in multiple countries by December.”

Bishop said that the company’s aim remains to offer a safer alternative to the billion smokers around the world. “Our goal for Asia is pretty consistent with what we talk about as a company as a whole.”

“Our mission is to improve the lives of the world’s one billion adult smokers, he added. “In order to achieve that mission, the very first step is just to be available to these smokers. So we essentially want to be available wherever tobacco is sold,” added Bishop.

Juul has so far proven popular with South Korean consumers, with local media organisations reporting that it has already sold out from many stores in Seoul.

Meanwhile, since striking the infamous deal with Altria, Juul Labs has certainly lost a lot of its credibility. As a result of this, the company has been facing even more scrutiny and lawsuits, and has even been labelled as the main culprit for the alleged alarming rise in teen vaping.

In response to this the manufacturer has been setting in place damage control tactics. Last March, Juul hired former Cardinal Health executive Douglas Roberts in order to lead its new “enterprise markets team,” which includes 17 employees, and is focused on striking deals with health plans, providers, self-insured employers and the public sector.

He had added that Juul was planning to design a program which would help smokers switch from smoking to using the Juul device. The health executive had acknowledged that the Juul products have not yet been classified as a smoking cessation tool and therefore can’t be marketed as such.

Juul Pledges $7.5 Million to research the impact of vaping

Meanwhile, the San Francisco based manufacturer is funding a study which will be conducted by Meharry Medical College in Nashville, and will be exploring the the issue of teen vaping. The $7.5 million grant is structured in ways meant to ensure the “full autonomy” of the new Meharry Center for the Study of Social Determinants of Health, including “sole ownership of the sponsored research and complete control over publication of the findings.”